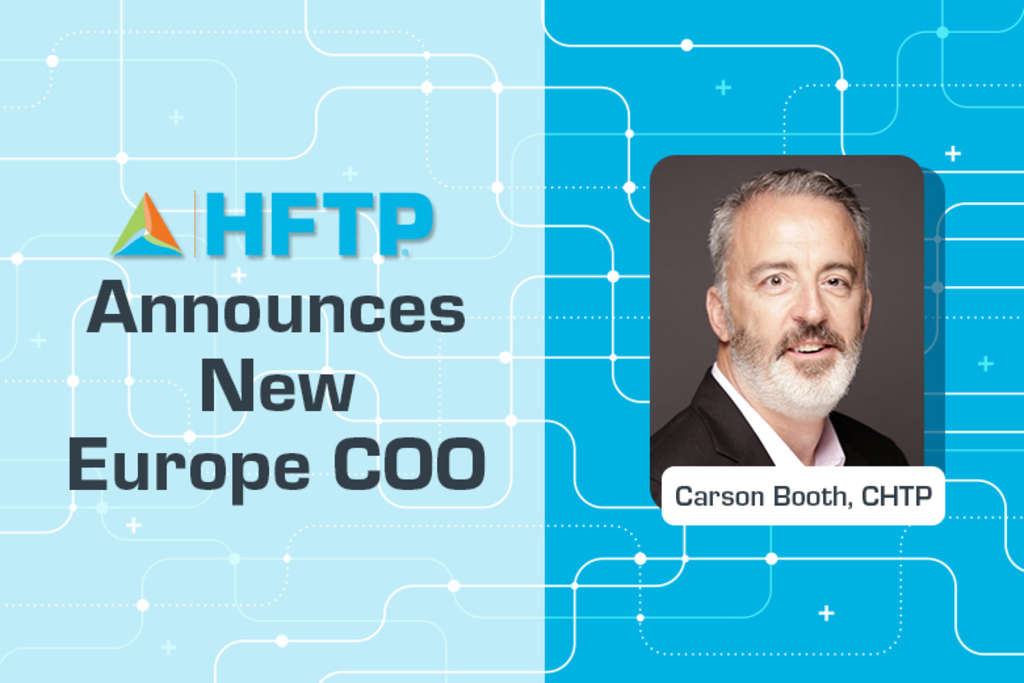 Hospitality Financial and Technology Professionals (HFTP®) announced that Carson Booth, CHTP will join the association as its Chief Operations Officer (COO) – Europe, starting November 1, 2022. Booth will take on the position held by Carl Weldon since 2016 upon his retirement at the end of October. Booth brings decades of international, hospitality industry experience in management and technology-centered positions.

“HFTP continues to grow throughout the globe because the industry continues to request it,” said HFTP CEO Frank Wolfe, CAE, FIH. “Because of our partnerships, Carl’s retirement and hospitality technology evolution in Europe, HFTP needed an on-the-ground expert with a keen understanding of the internal workings of hospitality technology. HFTP is enormously fortunate to have someone of Carson’s caliber join our team.”

Booth has held top positions across multiple sectors within hospitality. Most recently he worked as COO of a U.K. hospitality payments startup and as CEO of SnapShot, a Shiji Group brand. He also served as Global VP, Property Technology for Starwood Hotels & Resorts and general manager for the Starwood International Licensing Company Sàrl, Luxembourg.

Throughout his career, Booth has volunteered his expertise by serving as a director on multiple industry association boards, including HFTP and HTNG. He has particular insight on HFTP in Europe, having served as chair of the HITEC Europe Advisory Council.

Booth will be responsible for promoting HFTP’s professional benefits and events in the region. This includes a renewal of HFTP Europe activities which were slowed at the start of the pandemic, including HITEC Europe, but have since ramped up with regular virtual HFTP Europe Hangouts and several CIO/CFO dinners. As COO Europe, Booth will develop new HFTP Europe conferences coming in 2023.

Based in Berlin, Booth will also work extensively with HFTP’s other locations in the United States, Middle East and India.

HFTP Europe is meeting later this month in London on Wednesday, October 26, 2022. The event, “Industry Updates, Cocktails and a Fond Farewell” will be from 5:30 to 7:30 p.m. at cloudM at citizenM Tower of London. At the center of the evening, Weldon will be honored for his contributions to HFTP. A well-known and well-regarded industry personality, Weldon has been key to building HFTP Europe. RSVP for this event.