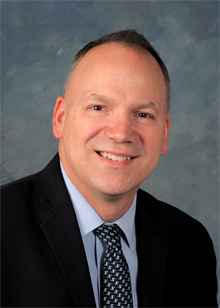 HOLLYWOOD, Fla. – Hard Rock International, with an expanding global network of hotels and casinos, announces the promotion of Jeffrey Hook as executive vice president of development and marketing. In his new position, Hook will be responsible for the global development of Hard Rock Casinos outside of the Asian continent, where the company’s CEO of Asia, Ed Tracy, will continue to be responsible for casino development.

In 2008, Hook joined Seminole Gaming as senior vice president of marketing, with overall marketing responsibility for the Seminole Hard Rock Hotels & Casinos in Hollywood and Tampa, Fla., as well as other Seminole casinos in Florida. Seminole Gaming manages the gaming operation of the Seminole Tribe of Florida, which purchased Hard Rock International in 2007.

His 23 years of experience in the gaming industry have included leadership positions at MGM, Boyd Gaming and Harrah’s Entertainment.

Hook is a graduate of the University of Kansas in Lawrence with a Bachelor of Science degree in Journalism.