ATLANTA (June 20, 2016) – Stormont Hospitality Group, North American Properties (NAP), Long Wharf Real Estate Partners and the City of Alpharetta today announced the highly anticipated groundbreaking for Alpharetta’s first luxury hotel and conference center. The Hotel at Avalon, a luxury 330-key hotel, and the connecting 65,000-square-foot Alpharetta Conference Center will celebrate its groundbreaking on June 21, 2016. The $112 million project is the culmination of a public-private partnership to bring a world-class hotel, conference and event facility to the City of Alpharetta, an affluent, northern suburb of Atlanta.

The Hotel at Avalon will be a member of Autograph Collection Hotels, Marriott International’s distinctive portfolio of independent hotels, and create a resort-inspired destination at Avalon. The vibrant 86-acre mixed-use development features more than 500,000 square feet of best-in-class retail, 16 restaurants starring Atlanta’s premier chefs, a 12-screen all premium theater, Class A office and luxury residences. Since its opening in October 2014, Avalon has infused hospitality throughout the walkable community of shopping, dining, entertainment, living and working. The hotel and conference center will open at Avalon in January 2018.

“With more than 600 technology companies in Alpharetta, The Hotel at Avalon and Alpharetta Conference Center will bring much-needed meeting and conference space to the North Fulton community,” said Jim Stormont, president of Stormont Hospitality Group. “The market is currently underserved for full-service hotels and conference facilities.”

"Great innovations need great spaces,” said Alpharetta Mayor David Belle Isle. “You simply cannot be a great technology city without great technology gatherings. Now, with the partnership of Stormont Hospitality Group, North American Properties and the City of Alpharetta, we eagerly await the opportunity to bring those great gatherings here to Alpharetta and fulfill our role as the Technology City of the South."

The Hotel at Avalon will incorporate a local chef-driven restaurant, 24-hour fitness center, upscale pool with outdoor catering space, Club Avalon Concierge and valet service. Guests will also enjoy complimentary high-speed wireless internet service offered throughout Avalon’s Fiberhood, which is Atlanta’s first uber-fast gigabit wireless internet that is 100 times faster than other typical service in the region. The hotel will include ample outdoor spaces and a residential feel that immerses guests into the fabric of the award-winning mixed-use community.

“The Hotel at Avalon is a grand reimagining of the resort environment,” said Mark Toro, managing partner of NAP. “Here, graceful, modern Southern hospitality is infused throughout the hotel and conference center with thoughtful spaces that balance work, relaxation and celebration.”

The Alpharetta Conference Center shares the sophisticated ethos of Avalon and will be the region’s largest venue for meetings, trade shows, events, weddings and special celebrations. The conference center will incorporate a 12,500-square-foot exhibit hall, a 10,000-square-foot executive ballroom with six salons, six meeting rooms, an Executive Board Room, a reception area, substantial pre-function space and outdoor venues. Additionally, the ballroom and exhibit hall have the option to combine into one free-span, 22,500-square-foot function room for large events. The design of both the hotel and conference center will take cues from a color palette of grays, creams and buttery yellow.

“Having a conference and event facility of this scope and size is a tremendous asset to Alpharetta’s business and social community,” said Janet Rodgers, CEO of the Alpharetta Convention and Visitors Bureau. “This is a unique opportunity to better serve the community and bring new upscale business and leisure travelers to our market.”

Cooper Carry is the architect of record for The Hotel at Avalon and the Alpharetta Conference Center, Brasfield & Gorrie is the construction firm, and funding was arranged through SunTrust Bank. Known for its expertise in managing upper upscale and luxury properties in urban markets, HEI Hotels & Resorts will serve as the hotel management company. The Hotel at Avalon is located at the crown of Avalon Boulevard in Phase II of Avalon and is 25 miles north of Atlanta and easily accessible via GA-400.

“The Hotel at Avalon is a project of distinction for Alpharetta, and SunTrust is proud to join a group of strong stakeholders who are committed to realizing its full success,” said Mark Hancock, Senior Vice President at SunTrust Bank.

The Hotel at Avalon and Alpharetta Conference Center come as part of Phase II of the Avalon development. Phase II also includes an additional 550,000 square feet of Class A office, 276 luxury multifamily residences and 88,000 additional square feet of retail. For more information about Avalon, visit experienceavalon.com. 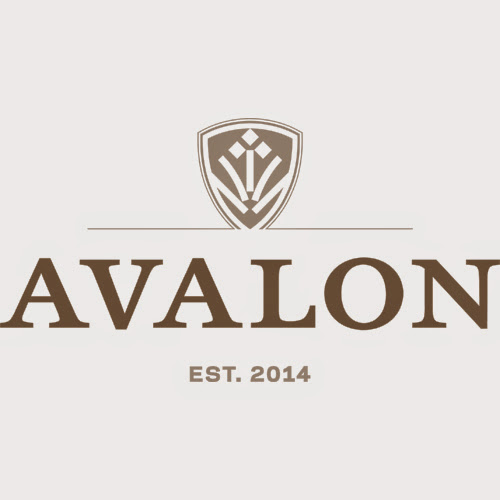 Avalon is a new experience in the timeless art of living well. In the heart of Alpharetta, this sustainably designed, 86-acre development with more than 500,000 square feet of retail, a 12-screen all premium theater, planned conference center and full-service hotel, Class A office, single-family residences and luxury rental homes infuses resort-level hospitality throughout a walkable, seamlessly connected community of shopping, dining, entertainment, living and working. It’s more than just another place to go, it’s a place to be — a hub of local art and activity that delivers the luxury of the modern South. At 2.4 million square feet and more than $600 million, Avalon is one of the largest projects currently underway in the United States.

Founded in 1954, North American Properties is a privately held, multi-regional real estate operating company that has acquired, developed and managed more than $5 billion of mixed-use, retail, multifamily and office properties across the United States. Headquartered in Cincinnati, with offices in Atlanta, Dallas and Fort Myers, Florida, the company has developed 19 million square feet of retail and 17,000 apartment units in 12 states. In the past three years, North American Properties has launched 36 projects totaling $1.1 billion in total capitalization. In Atlanta, North American Properties owns Avalon, Colony Square and Anthem on Ashley. For more information, please visit naproperties.com.

Long Wharf Real Estate Partners is a Boston-based private equity real estate manager focused exclusively on value-added investments in the U.S. Investing on behalf of institutional clients including corporate and public pension funds, endowments, foundations, and family offices, Long Wharf utilizes a broad-based value-added strategy targeting opportunities in multiple property sectors and markets across the country. Including its experience prior to becoming an independent firm in 2011, Long Wharf has invested over $2.9 billion of equity in more than 200 properties across the U.S. since 1995.  For further information, visit: www.lwrep.com.

Autograph Collection Hotels celebrates individuality by curating one-of-a-kind travel experiences at more than 95 luxury lifestyle hotels found in the world’s most desirable destinations. Exactly like nothing else, each hotel has been hand selected for its distinction as an iconic landmark, for its remarkable design or for its best-in-class resort amenities. For more information please visit www.autographhotels.com, and explore our social media channels to learn more about championing the independent spirit that is #ExactlyLikeNothingElse.

Marriott International, Inc. (NASDAQ: MAR) is a global leading lodging company based in Bethesda, Maryland, USA, with nearly 4,500 properties in 87 countries and territories.  Marriott International reported revenues of more than $14 billion in fiscal year 2015. The company operates and franchises hotels and licenses vacation ownership resorts under 19 brands. For more information or reservations, please visit our website at www.marriott.com, and for the latest company news, visit www.marriottnewscenter.com.

HEI Hotels & Resorts, headquartered in Norwalk, Conn., is a leading hospitality investment firm and management company that acquires, develops, owns and operates premium select-service, full-service, upper upscale and luxury hotels and resorts throughout the United States under such well-known brand families as Starwood, Marriott, Hilton, Hyatt and IHG.  HEI takes a holistic approach to creating value for its investors and employees by setting the highest standards across all aspects of hotel management and operation and focusing on the central principles of excellence and continuous improvement. HEI prides itself on some of the highest employee satisfaction scores in the hospitality industry, fuels local economic prosperity by investing in communities and is committed to environmental stewardship and sustainability.  To learn more, visit us at www.heihotels.com