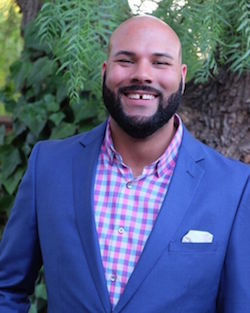 SAN FRANCISCO, CA (January 15, 2019) – Greystone Hotels announces the appointment of Michaela Winn as General Manager of the King George Hotel and the promotion of Brian Barden to Area General Manager of both the Inn at Union Square and Hotel Griffon.

With over 20 years of sales and management experience in the hospitality industry, Michaela Winn takes over the recently renovated, 153-room Union Square property. Most recently, Winn held the position of General Manager at the Berkeley City Club. “The King George is a remarkable property, and I am excited to join such a talented team”, said Winn. “I look forward to continuing my career in the Bay Area with Greystone Hotels. My vision is to provide the highest standard of customer service, which aligns with Greystone’s overarching service orientation.” While working at the Berkeley City Club, Winn held full responsibility for the operation of the hotel, restaurant, club, and event space. Winn had previously worked as General Manager at the Lodge at Tiburon and da Vinci Villi, as well as Director of Sales at the Hotel Hana Maui, The Huntington Hotel, and Handlery Hotel.

With more than 15 years of hospitality experience, Brian Barden brings leadership and a passion for hospitality to his new role at the Inn at Union Square and Hotel Griffon. In his most recent position as Greystone Hotels San Francisco Area Operations Manager, Barden played a pivotal role in building the regional management team. “I look forward to this new chapter as part of the Greystone Hotels family,” said Barden, “I have had the pleasure of experiencing firsthand the work ethic and exceptional guest service that Greystone promises to every guest, and plan to foster both in my new role as General Manager.”

“We are excited to have these two industry experts as a part of the Greystone family” said Eric Horodas, CEO and President of Greystone Hotels. “Brian Barden has demonstrated exceptional work since joining Greystone early this year. Michaela marks another impressive addition to our team, with her notable experience and valuable insight into the regional hospitality landscape. We look forward to seeing the San Francisco portfolio continue to flourish under their leadership.” 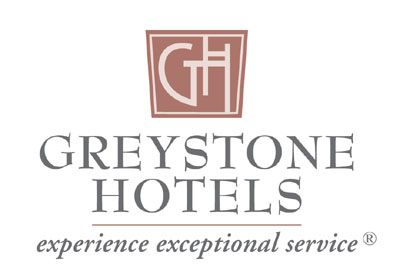 An independently owned hotel management company based in San Francisco, Greystone Hotels was founded in 1995 by President and CEO Eric Horodas and Peter Trethewey. Greystone owns and manages 11 properties in California and Oregon, with a 12th hotel under construction in downtown Santa Rosa. Dedicated to superior customer service and eco-friendly hospitality, the Greystone portfolio consists of nine independent boutique hotels and inns, and three flagship-affiliated properties (Best Western International and Marriott International). Each Greystone staff member is focused on providing exceptional guest experiences for business and leisure travelers seeking friendly, comfortable and welcoming accommodations as their home away from home. Every hotel in the Greystone portfolio also provides its guests with unique decor and programming informed by the location of each hotel. All of Greystone’s California properties are certified by the California Green Lodging Association for on-site sustainability efforts, and Greystone’s independent boutique hotels are members of the L.E. Hotels family—a global hotel representation company. Visit us and “Experience Exceptional Service” during every stay.