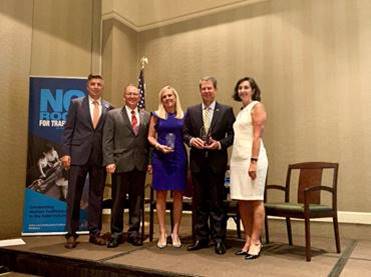 “Thanks to our members across the country, our industry is leading the charge to combat human trafficking and support survivors.  As we continue to build on this legacy of trafficking prevention and awareness, today we are proud to partner with Governor Kemp, First Lady Kemp, Attorney General Carr and so many other Georgia lawmakers who are all playing a critical role in the fight against trafficking,” said Chip Rogers, president and CEO of AHLA.

At the event, First Lady Marty Kemp, co-chair of the Georgians for Refuge, Action, Compassion, and Education (GRACE) Commission spoke about the state’s efforts to tackle human trafficking, hold bad actors accountable and support survivors.  The GRACE Commission is spearheaded by First Lady Kemp and members include Attorney General Carr and other top law enforcement officials, for-profit and non-profit organizations, faith-based institutions, and public safety experts. In addition, Senator David Perdue (R-GA) and Congressman Doug Collins (R-GA) were in attendance to discuss their efforts on the federal level and what role the private industry can play in developing effective solutions.

“Through the GRACE Commission, Georgia has made significant progress in the fight to end human trafficking and we’re proud that the hotel industry is playing a leading role by continuing to train their associates on identifying and reporting human trafficking both here in Georgia and across the country.  We know there is always more to be done in this fight, and we are committed to working alongside partners like the hotel industry to end trafficking,” said Marty Kemp, First Lady of Georgia and co-chair of the GRACE Commission.

“As a state, we are committed to working hand-in-hand across all levels of government to end trafficking, and our work on the GRACE Commission facilitates this vital collaboration.  As we continue to expand our reach in this fight, we are so pleased to see hotels across Georgia partner with our law enforcement officers, who work tirelessly day in and day out to hold traffickers accountable,” said Attorney General Chris Carr.

The hotel industry has long recognized the critical role it plays in ending the scourge of human trafficking, and through innovative techniques and employee training has played an instrumental role in identifying, reporting and stopping instances of human trafficking.

“The hospitality industry is committed to equipping hoteliers and their employees with the necessary tools to keep trafficking out of their hotels and communities. The education and training resources that AAHOA, AHLA and GHLA provide to the hospitality industry play a critical role in saving lives by ensuring hotel staff are trained to identify instances of trafficking and are prepared to take immediate action,” said Rachel Humphrey, interim president and CEO of AAHOA.

“IHG condemns human trafficking in all forms and we are taking a strong stance on this issue as a leading voice in the hospitality industry. Raising awareness of human trafficking is critical, and it’s more important now than ever that we work closely with our local, state and federal officials, as well as our industry partners, to tackle this issue, while also engaging and training hotel employees at every level to help them understand the role they can play in preventing human trafficking,” said Colleen Keating, Chief Operating Officer, Americas, IHG.

“Hoteliers and their employees are the first line of defense when it comes to combatting human trafficking and spotting victims. We are proud to partner across our industry and with leaders like the First Family and Attorney General Carr who are working diligently to combat this issue,” said Jim Sprouse, president of GHLA.

In August, the hotel industry hosted a regional training event in Iowa in partnership with Governor Kim Reynolds and Senator Joni Ernst.  The next regional event will be held in Austin, Texas later this month.

To learn more about AHLA’s No Room for Trafficking campaign, visit: https://www.ahla.com/NoRoomforTrafficking.

The American Hotel & Lodging Association (AHLA) is the sole national association representing all segments of the U.S. lodging industry and contributes nearly $660 billion to the U.S. GDP. Headquartered in Washington, D.C., AHLA focuses on strategic advocacy, communications support and workforce development programs to move the industry and our employees forward. Every day, America’s hotels make dreams come true, not just for our guests, but also for the 8.3 million people whose jobs we support—more than 1 in every 25 American jobs. Learn more at www.ahla.com.

AAHOA is the largest hotel owners association in the world. The 18,500+ AAHOA Members own almost one in every two hotels in the United States. With billions of dollars in property assets and hundreds of thousands of employees, AAHOA Members are core economic contributors in virtually every community. AAHOA is a proud defender of free enterprise and the foremost current-day example of realizing the American Dream.  Learn more here: https://www.aahoa.com. 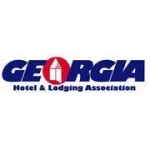