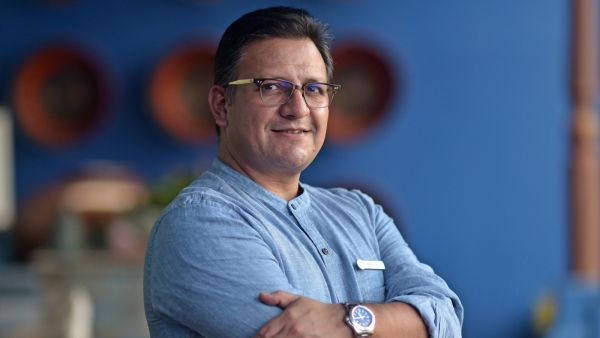 From Mexico and Hawaii to Maldives and Malaysia, Ivan Giles brings a wealth of experience in luxury resorts to his new role as General Manager of Four Seasons Resort Langkawi. His international sensibility is complemented by a genuine passion for Langkawi’s unique offerings, making him ideally positioned to reintroduce this one-of-a-kind destination to travellers as Malaysia reopens its borders after nearly two years.

Arriving at Four Seasons Resort Langkawi is something of a homecoming for Ivan, who served as the property’s Resort Manager from 2015 to 2017. Now at the helm of this jungle-cloaked hideaway, he is excited for guests to rediscover “one of the most beautifully designed Four Seasons beachfront properties.”

Situated just next to the UNESCO-endorsed Langkawi Geopark, the Resort’s pristine natural setting blends the appeal of lush mountains and ancient rainforests, emerald seascapes and dramatic limestone cliffs – all of which Ivan is keen to showcase for travellers from around the world.

At the top of his recommendations list? The iconic boat safari through mysterious mangroves, led by experienced Four Seasons naturalists: “Have you ever seen a fish walk on land?” He also loves the island’s jewel-toned sunsets, with Rhu Bar being his favourite vantage point, followed closely by Rumah Ikan Fish House, a signature venue that pays homage to Langkawi’s local fishing traditions.

Spectacular beachfront properties have been at the heart of Ivan’s career for over two decades. As he observes, “There is something magical about vacationing at an island resort. Our guests leave the rest of the world behind and have the chance to truly unwind, connect with loved ones and immerse fully in the destination.”

Most recently, Ivan oversaw the award-winning food and beverage portfolio at Four Seasons Resort Maldives at Landaa Giraavaru, Four Seasons Explorer (the brand’s luxury catamaran) and Voavah Private Island, all located in the Maldives. Along with ensuring impeccable service, he was also responsible for developing team members for future leadership roles. Prior to his time in Asia, he cut his teeth at two high-end beach resorts in Mexico as part of their opening team, then honed his skills at two coveted Four Seasons properties – as Director of Restaurants at Costa Rica Peninsula Papagayo, and as Assistant Director of Food and Beverage at the brand’s Five-Diamond resort in Lanai, Hawaii.

The opportunity to work and live in different countries has been an incredible learning journey. “It opens your mind and heart,” he says. “With enough time and patience, you can find common denominators with every culture.” In Hawaii, by the end of his four-year stay, he had become part of the ohana island family, spending his weekends diving and fishing with local residents.

What is the secret to creating an exceptional resort experience? “Paying close attention to each guest interaction and having rounded communication among all team members, from the buggy chauffeur and housekeeping attendant to the sommelier and chef.” Indeed, at Four Seasons Resort Langkawi, the entire team works together seamlessly to deliver highly personalized service and craft memorable moments for guests.

As Ivan leads the Resort into a brand-new chapter, health and wellbeing continue to be a top priority. Along with Four Seasons properties around the globe, Four Seasons Resort Langkawi has implemented Lead With Care, an enhanced program to ensure the safety and health of guests and employees alike.

On the personal front, Ivan loves to spend time with his three-year-old daughter: “She’s a mermaid, so we can spend hours in the pool or out in the sea.” The little one gets her passion for the water from her father, who is a trained rescue diver and free diver. Ivan is also looking forward to introducing her to Langkawi’s incredible wildlife, from exotic hornbills to beloved dusky leaf monkeys.