As part of the 8th edition of the Young Hoteliers Summit (YHS), the YHS Employer Rankings of 2017 have been released and published. The Employer Rankings survey has been completed by hospitality management students from all around the globe, ranking their most desired hotel brand in terms of employment.

The YHS Employer Rankings is a publication designed and executed by the Young Hoteliers Summit. For the 8th edition of the summit, the survey’s goal was to examine current hospitality management students’ future motivations, aspirations, as well as their perception of the most desired hotel brands.

The selected hotel brands to be featured were categorized into Luxury & Upper Upscale, Upscale & Upper Midscale and Midscale & Budget segments. The companies ranged from smaller, independent hotels, to larger and chain-affiliated properties.

This year’s survey results are comprised of 1640 responses which have been generated from 156 participating hotel management schools. The participants hold 108 different nationalities and have an average age of 24 years.

77% of respondents are currently enrolled in a Bachelor program. 66% of completed surveys responses originated from Europe and 19% from Asian regions. The remaining results share an approximate equal distribution from Africa to North and South America.

The results demonstrated that 47% of students are extremely motivated to pursue a career in the traditional hospitality industry with an additional 32% of respondents stating that they are somewhat interested. Furthermore, 41% of participants consider hospitality start-ups a career option which illustrates a 15% increase to 2016.

Within the Luxury & Upper Upscale segment, Four Seasons Hotels & Resorts ranks first place for being the most desired hotel employer for two consecutive years, as confirmed by 75% of respondents. The second place is awarded to The Ritz-Carlton Hotel Company, with 55% of participants expressing their confirmation followed by Mandarin Oriental Hotel Group in third rank with 40% of students’ interest.

Disneyland Hotel manages to defend their first place within the Upscale & Upper Midscale segment from last year with 37% of students stating their confirmation. DoubleTree by Hilton and Crowne Plaza Hotels & Resorts follow closely with 33% and 28% career interest respectively.

A clear winner is found within the Midscale & Budget segment, where ibis Hotels received 58% employer desire from future hospitality leaders. Ramada Worldwide and Best Western Hotels & Resorts rank in second and third place with 29% and 28% of students stating their interest respectively.

Besides the YHS Ranking, the Young Hoteliers Summit 2017 features keynote speeches and panel discussions with various hospitality professionals. The full Rankings report as well as additional information can be found on www.yhsglobal.com or by clicking here. 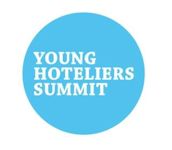 The Summit has been hosted at Ecole hôtelière de Lausanne every year since its introduction in 2010. YHS attracts students, the academic body and professionals by taking advantage of its position as the most influential student-organized hospitality summit on a global scale. Through keynote speeches, workshops and the YHS Challenge, all participants are integrated to have a positive and meaningful experience from the 3-day Summit. Whether as a company receiving targeted analysis on a component of their business, as a student generating a unique project in a resourceful learning environment or as a community building strong relationships for the future, YHS offers a win-win situation to everyone.

YHS is an independent event, organized by a selected team of students from EHL. It takes place over three days every year, welcoming delegates from 40 leading hospitality institutions along with some of the most influential operators in hospitality. The Young Hoteliers Summit has evolved as an institution by feeding on the growth of the hospitality industry. Currently, our communicative platform empowers international professionals and students to share ideas and knowledge, accelerating progression in our industry.