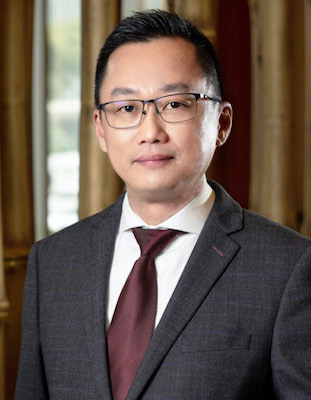 Four Seasons Hotel Tianjin announces the appointment of a Four Seasons veteran to its executive Planning Committee – Simon Song as its Director of Food and Beverage and Culinary Operations.

“We are delighted to welcome Simon, given his demonstrated professionalism and impactful management with Four Seasons Hotels and Resorts for over six years,” says Julien Carralero, General Manager of Four Seasons Hotel Tianjin. “As Four Seasons Hotel embarks on five years in Tianjin, I believe he will expand upon our legacy of fine dining services and culinary craftsmanship that is cherished by our esteemed guests.”

With a keen eye for detail and quality, Simon will oversee the food and beverage and culinary operations of the Hotel’s six dining outlets, including the award-wining Black Pearl Chinese restaurant Jin House and its Tea Lounge; Cielo, featuring an international buffet and Italian cuisine; Aria on 9, a garden lounge in the sky; Gusto Bar, with its “First in China” clay aged cocktails; La Sala, featuring exquisite afternoon tea in the lobby lounge; In-Room Dining for all 259 guest rooms and suites; as well as catering that serves 2,943 square metres (31,679 square feet) of event space.

Simon has worked in China since 2014 at many luxury hotels and fine restaurants across Beijing, Tianjin, Sanya and Chengdu. “Luxury is in every detail,” shares Simon. With a strong vision and almost total 30 years of experience in the restaurant and hotel industry, Simon is highly respected by his team for being a mature and inspiring leader.

Under Simon’s guidance, the Hotel’s restaurant and bar offerings will be further elevated, including the new beauty nurture set menu, specifically designed for ladies at Jin House; the new mantis shrimp themed buffet at Cielo; and more to come.

As a Singaporean, Simon is passionate about travelling and he enjoys cooking with new ingredients that he discovers as he travels. During his leisure time, he also enjoys fishing, reading, and exploring new ideas in the changing gastronomic scene.

Four Seasons Hotels and Resorts opened its first hotel in 1961, and since that time has been dedicated to perfecting the travel experience through continual innovation and the highest standards of hospitality. Currently operating 123 hotels and resorts, and 50 residential properties in major city centres and resort destinations in 47 countries, and with more than 50 projects under planning or development, Four Seasons consistently ranks among the world’s best hotels and most prestigious brands in reader polls, traveller reviews and industry awards. For more information, visit fourseasons.com. For the latest news, visit http://press.fourseasons.com