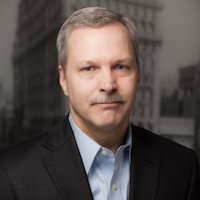 IRVING, Texas–September 19, 2016– FelCor Lodging Trust Incorporated (NYSE: FCH) today announced that Richard A. Smith, the Company’s former President and Chief Executive Officer, has retired. Troy A. Pentecost, the Company's long-time Chief Operating Officer and a 35-year veteran of the hospitality industry, has been appointed to the additional positions of President and interim senior executive officer, effective immediately. Mr. Smith, who also resigned from the Company’s board of directors, will remain with the Company in a nonexecutive role through the end of the year to facilitate the transition of his responsibilities. The board of directors intends to engage Spencer Stuart to assist with identifying a new CEO.

“The changes announced today are the first step in embarking on a leadership transition that will enable us to continue unlocking stockholder value,” said Thomas J. Corcoran, Jr., chairman of FelCor’s board of directors. “Rick Smith devoted more than a decade of his intelligence, determination and business acumen to leading the Company. The result is a much higher quality portfolio and strong balance sheet, both of which position FelCor exceptionally well for the future.”

“Now is the time to begin the process of selecting a new chief executive who can best lead the company through the next phase of its growth and development,” said Christopher J. Hartung, FelCor's lead independent director. “Troy has significant hospitality industry experience and deep knowledge of FelCor’s operations, which make him the right fit to lead FelCor during this interim period. We are confident Troy can continue to execute the company’s strategy without missing a beat, while the board works to find a permanent CEO.”

“I am excited to lead this outstanding management team and will work closely with our Board and business partners to drive the continued success of FelCor, building on the progress made under Rick’s leadership and creating additional long-term value for our stockholders," said Mr. Pentecost.

Mr. Corcoran added, “On behalf of the entire board, I’d like to thank Rick for his many contributions to FelCor. We wish him all the best in his retirement.”

FelCor, a real estate investment trust, owns a diversified portfolio of primarily upper-upscale and luxury hotels that are located in major and resort markets throughout the U.S. FelCor partners with leading hotel companies to operate its hotels, which are flagged under globally renowned names and premier independent hotels. Additional information can be found on the company’s website at www.felcor.com.

With the exception of historical information, the matters discussed in this news release include “forward-looking statements” within the meaning of the federal securities laws that are qualified by cautionary statements herein and in FelCor’s filings with the Securities and Exchange Commission. We undertake no obligation to update any forward-looking statement to conform the statement to actual results or changes in our expectations.