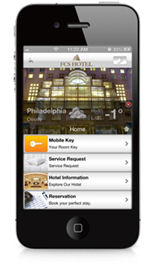 “The Westport Inn is ripe for experienced management and creative marketing input,” said Gerry Chase, president and COO of New Castle. “Paul and Annette are the two best people to reposition this hotel and fully integrate it into the business and social fabric of the community of Westport.”

Boyle’s 20-plus year career includes general manager positions with virtually every major brand family, including Starwood, Marriott, Hilton and IHG, as well as prominent management companies including HEI Hotels & Resorts, Interstate Hotels & Resorts and New Castle Hotels & Resorts. Most recently, he served as general manager of the Courtyard by Marriott in nearby Shelton, Conn., where he oversaw two major renovations during the previous 24 months, simultaneously earning the highest guest and employee satisfaction ratings in the hotel’s history.

“Paul’s knowledge of this market is second to none, and he’s a very effective hotel operator,” Chase said. “He’s held several key positions with us in the past and I’m confident that the future of the Westport Inn is all but assured, with Paul as the general manager.”

Annette Martinez launched her hospitality career with Marriott in 2000 and has held increasingly responsible corporate and property-level sales positions throughout the region. Most recently, Martinez served as sales manager for the Bridgeport Holiday Inn, where she was responsible for double digit increases in both key accounts and government production.

“The Westport Inn has substantial business drivers and a charming, country inn feel,” noted Boyle. “I’m confident that this property soon will be among the area’s leading hotels for both business and leisure visitors.”

Located off I-95 in the heart of Westport, Conn., the Ascend Collection hotel offers 6,000 square feet of meeting space, including the 3,200 square foot Westport ballroom, the largest event space in the city. Just one hour from Manhattan, the Westport Inn is a short distance from Fairfield University, Save the Children, Sacred Heart University, Bridgewater Corporation and Terex Corporation and a convenient launch pad for visitors taking in a play at the Westport Playhouse or visiting nearby Sherwood Island State Park. The hotel’s Red Hen Restaurant and Bar serves breakfast, lunch and dinner daily. An indoor pool and fitness center round out the amenities at this pet-friendly hotel. 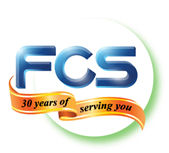 Founded in 1982, FCS is a comprehensive hospitality technology solutions and services provider, with an extensive portfolio of integrated products used by more than 4,000 hotels with over 8,000 installations in 32 countries. FCS Mobile Applications are available on guests' own mobile devices, as well as the hotel's devices, allowing convenient access to hotel information and services. These services are managed through five web-based guest serving applications, including e-Connect, e-Engineering, e-Housekeeping, e-Concierge and e-Recovery. These applications all seamlessly integrate with the hotel's PMS and other third-party systems via FCS Gateways products; Unicorn and Phoenix. For more information, please visit www.fcscs.com.

OpenWays is a global solutions provider of mobile-based access-management and security solutions. With offices in Los Angeles, Las Vegas, Seoul and in Europe, OpenWays provides technology solutions allowing for the secure issuance and delivery of access rights and keys processed via any cell phone operating on any network. The OpenWays solution is truly unique as it is built on the concept of credential dematerialization. The OpenWays mobile room key solution works on ALL the 6.5 billion cell phones in service in the world today. For more information, please contact Barb Worcester at +1 440 930-5770 or email [email protected]. More information can be found by visiting www.OpenWays.com.