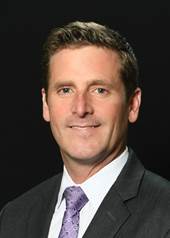 Dan will oversee all operational, financial and strategic aspects at the 805-room landmark hotel in the heart of Silicon Valley.

“Dan brings a wealth of hospitality and leadership experience, along with extensive knowledge of the Fairmont brand, to his new role at Fairmont San Jose,” said Tormey. “We are delighted to welcome him to the California region and look forward to seeing the continued success of Fairmont San Jose under his leadership.”

Dan brings over 25 years of experience with Fairmont Hotels & Resorts to this position, joining Fairmont San Jose from his most recent role as General Manager of Fairmont Dallas, a position he held since 2015.

Dan holds a Bachelor of Commerce degree in Hotel & Food Administration from the University of Guelph, Ontario. He has played a very active role in the hospitality community, serving as Chair of the Board of the Calgary Hotel Association and on the Board of Directors for Visit Calgary. Most recently, he served on the Board of Directors for both the Hotel Association and the Convention and Visitors Bureau in Dallas. Dan and his family plan to reside in the San Jose area.

Located in the heart of Silicon Valley, Fairmont San Jose offers refined elegance and sophistication set amid the magnificent backdrop of Northern California. The hotel offers 805 well-appointed guest rooms, including 77 lavish suites and 65,000 square feet of state-of-the-art meeting and event space. Exceptional dining can be found at each of the hotel’s restaurants and lounges, from craft cocktails in the legendary Lobby Lounge to inventive Californian fare at the Fountain Restaurant. Amenities such as a sparkling rooftop pool, fully-equipped fitness center and the Tova Day Spa allow guests to relax and recharge after experiencing the fast-paced excitement of Silicon Valley, and there is plenty to explore just outside of the hotel, including local theaters, museums, shops, restaurants and bars in Downtown San Jose.

Fairmont Hotels & Resorts is where occasions are celebrated and history is made. Landmark hotels with unrivalled presence, grand experiences and unforgettable moments have attracted visitors to Fairmont and its destinations since 1907. The Plaza in New York City, The Savoy in London, Fairmont San Francisco, Fairmont Banff Springs and Fairmont Peace Hotel in Shanghai are but a few of these iconic luxury hotels, forever linked to the special places where they reside. Famous for its engaging service, locally inspired cuisine and spirited bars and lounges, Fairmont promises heartfelt luxury that will be remembered long after any visit. With a worldwide portfolio of more than 75 hotels, Fairmont takes great pride in its deep community roots and leadership in sustainability. Fairmont is part of AccorHotels, a world-leading travel and lifestyle group which invites travelers to feel welcome at more than 4,300 hotels, resorts and residences, along with some 10,000 of the finest private homes around the globe.