Embracing New Technologies and Hotel Security in Our World Today

Home/Embracing New Technologies and Hotel Security in Our World Today

Embracing New Technologies and Hotel Security in Our World Today

To the uninitiated, the current fad for virtual and augmented reality technologies might seem to have little overlap with the travel industry. Why go to the trouble of traveling anywhere if you plan to sit in a darkened room wearing a headset and exploring a fantasy world?

Such a view is echoed by the sentiments of Dara Khosrowshahi, CEO of Expedia, in 2016 who told a technology conference, “I hope that VR in travel fails miserably because I want people to go places.”

But technology has a habit of making itself useful in situations where we least expect it – which can only explain why, a year later, Expedia itself is reportedly developing a virtual-reality booking system to help its users book hotel rooms. Aiming to banish hotel bookers’ remorse forever, the system will allow you to take a virtual tour of guest rooms from the comfort of your own home.

Boutique hotel owners are jumping at the chance to give out a simulated tour of their properties as a marketing tool, as in the case of one hotel chain whose virtual-reality hotel tours are distributed to travel agents and industry figures as well as customers. And of course, the concept of the ‘pre-tour’ extends beyond hotels, in exercises such as Thomas Cook’s short films that allow prospective travelers a flavor of different destinations around the world using the Samsung Gear VR headset.

On a practical level a ‘virtual tour’ serves a useful purpose, conveying much more of a sense of a place than mere photographs ever could. And anyone who’s ever booked a hotel that “didn’t live up to the pictures” will appreciate just how helpful this could be.

These examples show virtual reality serving a purpose beyond mere play, recreating the hotel and its amenities for anyone to experience wherever they are in the world. The practicalities even extend to back of house, where one hotel chain has been using virtual reality for staff-training purposes.

But there is also another, more imaginative use of these new technologies in the hospitality industry and that is in creating unique ‘experiences’ for guests that harness augmented reality to give an enhanced view of the local environment. Take for example the app Timelooper, which recreates historical events by overlaying them onto real-life locations. The company is targeting hotels to bring an augmented look at how historic buildings might have looked in the past, bringing those times back to life.

Hotels are also offering in-room headsets pre-loaded with ‘experiences’ that will bring an immersive guide to the local area. You could perhaps view this as a more exciting and modern take on those videos visitors’ centers show to introduce the local area for visitors.

Fads will come and go, and one day virtual-reality headsets will seem as new and exciting as fax machines do today. But right now, augmented and virtual reality present more than enough possibilities to excite travelers, making them a worthwhile investment for hotels. They can help to seduce would-be visitors, and enhance the experiences of guests when they arrive. This all adds to customer satisfaction, which of course will never go out of style. 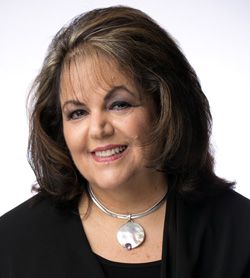 Founder of the Boutique & Lifestyle Lodging Association (BLLA), Frances Kiradjian, a 25-year hospitality and travel industry seasoned professional, created BLLA to give a  voice to independent properties as well as small brands around the world, offering them the opportunity and the means to compete on a level playing field with major hotel  companies. BLLA serves more than 750 members, including hotels and the suppliers that sustain them.

Frances states why she created the BLLA. “My passion for independent boutique & lifestyle hotels are what drove me to create a place where leaders in this hotel sector can meet on common ground,” said Frances. “I wanted to institute programs for enhanced awareness to global travelers and offer vendors the opportunity to focus their marketing efforts through sponsorship of BLLA programs, events & conferences.”

Kiradjian is a graduate of the highly respected Marshall School of Business at the University of Southern California (USC).