Holding a degree in Hotel Management, Carlos Cerda brings over 20 years of hospitality experience to Hotel Melby with previous Hilton, Marriott, and IHG brand experience and eight years in the Melbourne market. In 2015 Carlos was nominated for the CEO Light and Warmth Award with Hilton Worldwide, and in 2016 and 2017, he was awarded the General Manager of the Year Award and President’s Award. “We are thrilled to welcome Carlos to our team and are confident in his ability to lead Hotel Melby through the remaining opening process and into the future as the premiere place to stay in the Melbourne area,” says Delronda Grant, Vice President of Sales and Operations for Duke Hospitality. Carlos is a resident of Melbourne, Florida and is dedicated to ensuring Hotel Melby remains highly committed to its home community, its namesake.

Hotel Melby is being developed by a joint venture encompassing Duke Hospitality, Willow Street Capital, Opterra Capital, The Charre Group, and the LCP Group. Designed by Malcolm Berg’s award-winning EoA Group in collaboration with Overcash Demmit Architecture, Hotel Melby is being constructed by Welbro Building Corporation. The landmark hotel continues its exciting progress toward an anticipated first quarter 2021 opening as the beautifully designed hotel becomes more recognizable in Melbourne’s cityscape. With all of its rooms featuring unbeatable water and city views, and its stunning, wrap-around rooftop holding an unbeatable rooftop bar and lounge and nearly 5,000 square feet of meeting space, Hotel Melby is a welcomed addition to the downtown district. 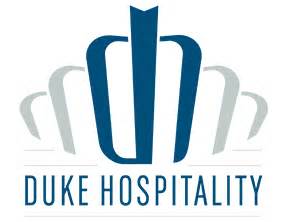 Duke Hospitality is a focused hospitality development, management and investment company. Founded in 2004, it currently has a portfolio of nine existing hotels and four under development, with flags under the Marriott, Choice, and Wyndham brand families. Duke Hospitality has completed and is currently developing several hotels. To find out more visit www.dukehospitality.com.

About Tapestry Collection by Hilton

Tapestry Collection by Hilton is a portfolio of upscale, original hotels that offers guests unique style and vibrant personality, and encourages guests to explore the local destination. With plans for global expansion, every Tapestry Collection property is united by the reliability that comes with the Hilton name, in addition to the benefits of the award-winning Hilton Honors program. Learn more about Hilton’s upscale collection brand at newsroom.hilton.com/tapestry, and connect with Tapestry Collection on Facebook, Instagram, and Twitter.