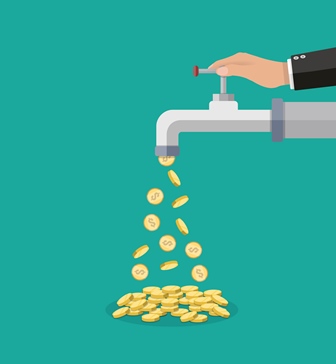 Our head of Strategic development during a late evening discussion mentioned to me ‘I can’t make this project viable at this cost; we’ll have to lower the cost in order to match the owner’s budget and make the return on investment numbers lucrative’. Next morning I sat down amending the Area brief, tightening area of each function down to the last square foot and making the circulation more efficient. The guestroom layout plan was reviewed again and I was able to cut down 10 square feet without compromising the functionality of the room (which translated into 2,000 SqFt for a 200 key hotel plus the saving on the grossing factor). I thereafter emailed him the updated numbers and a few days later the deal with the owner was sealed. However, the battle was only half won!

‘Beautiful design’ someone said in a design meeting of the same project a few months later. However, a careful review of the drawings revealed that some functions were assigned more area than recommended by the operator. The circulation was way too high adding up to 20% more area as compared to the initial brief handed over to the architect. The focus of the next couple of work sessions was to bring down the gross area of the hotel in order to keep the cost under check. And this was achieved without compromising the aesthetics, functionality or design.

Hotels are built to generate revenue and it is the responsibility of every stakeholder to contribute in their own capacity to make them money spinners. Controlling area of a Hotel is one of the most important factors in keeping the capital expenditure in check.

Coming across over specified Lobby toilets, overly generous corridors, wasteful storage spaces and BOH areas is not uncommon. Every space gets evolved out of a specific requirement and every requirement should be diligently assessed while assigning an area brief. A restaurant with tables too far apart comes across as an unattractive destination which lacks intimacy. The unwanted extra square feet provided not only dent the finances but also take away from the luxury factor. A high end hotel in Lisbon had an oversized Lobby toilet (that too without a privacy vestibule) and a luxury hotel in New Delhi a 10 feet wide BOH corridor, long as a railway platform.

Building less (or to put it in a better way, building strictly to your needs) is not the only way of controlling cost in a hotel project, here are some more dos and don’ts to be mindful of:

President of a company proudly narrated an incident to me; the company was planning to buy security equipment for one of their properties. All three vendors who had quoted were called for a meeting where to their surprise an unscheduled reverse bidding started. All vendors tried their best underbidding each other and the final deal was sealed at a whopping 50% of the initially quoted price. That’s the power of negotiation for you! 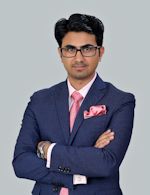 Himank Goswami is an Architect by profession and is presently associated with Oberoi Hotels & Resorts. Oberoi Hotels is an Indian hospitality group which was recently awarded the ‘Best hotel chain in the world’ by Travel + Leisure readers’ poll for the second consecutive year. Himank leads the Oberoi Group’s part portfolio of adding Greenfield hotels and renovations. You may reach out to Himank directly on his email ‘[email protected]’ or through his LinkedIn profile ‘https://in.linkedin.com/in/himankgoswami’

The Intersections of Tomorrow’s Hotel Industry
Interior Design for Safe and Aesthetically Pleasing Hotel Spaces
The Tuxon, Newest Member of Marriott International’s Design Hotels Portfolio, Features Furnishings by Eclipse Hospitality
Sustainable Hotels: Learnings from Designing a Carbon-Positive Hotel
3 Ways Smart Interior Design Will Improve Your Hotel Operations
Vacationing in a Tree House? Why Singapore Hotels Are Tapping Into Biophilic Design / Holden Madison
Why Historic Buildings Make Great Hotels
How Art and Photography Are Positively Impacting Hotel Design
How France’s Hotels Are Rethinking Style and Space
How Luxury Hotels Can Co-Design for Suite Success
What Are the Top Hotel Designs for 2019?
Reviving the Spirit of Innovation in the Hospitality Industry
Hotels Create Sense of Place With Local Design
It’s All About Soul: Why the Way Your Hotel FEELS Is Impacting Your Bottom Line
IGroup Design Unveils a New Gem with the Willows Hotel & Spa
Three Hotel Design Trends for 2018
Hospitality Sweet
The Future of Hotel Design
The Secret Ingredient in a Good Design
When Less is More in Hotel Design