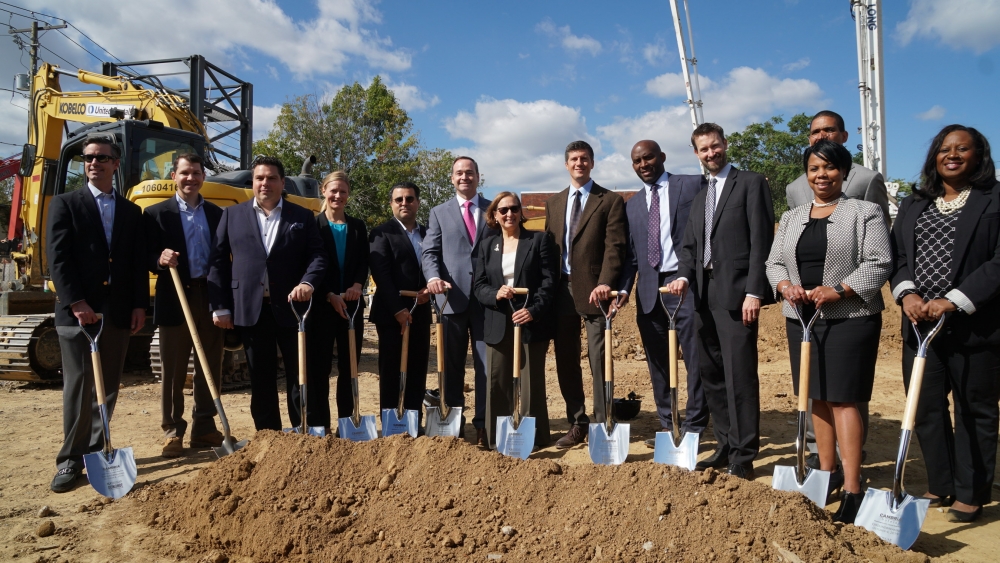 ROCKVILLE, Md., Oct. 8, 2019 — Choice Hotels International, Inc. (NYSE: CHH), Donohoe Development Company and Koucar Management announce the official start of construction on the Cambria Hotel Washington D.C. Capitol Riverfront. The new-construction, nine-story, 154-room upscale hotel, which is expected to open in early 2021, will become the Cambria brand’s fifth location in the Washington, D.C., metro area. Eight Cambria locations have already opened their doors this year — together representing over 1,100 upscale rooms. Up to four additional Cambria hotels are expected to open in top-tier markets across the country by year-end.

The milestone was marked at an event attended by local dignitaries and area business leaders. Featured speakers included:

“The D.C. area has been home to Choice Hotels’ corporate office for decades — so we’re especially excited when a Cambria hotel breaks ground in our own backyard,” said Janis Cannon, senior vice president, upscale brands, Choice Hotels. “The Cambria Washington D.C. Capitol Riverfront is perfectly positioned in one of the city’s most exciting neighborhoods, just blocks from bustling development projects that are sure to appeal to business and leisure guests alike. We are pleased the hotel will join four Cambria hotels already in the ‘DMV,’ including College Park; Rockville; Washington, D.C., Convention Center; and Arundel Mills-BWI.”

Planned at 69 Q St. SW, the Cambria Washington D.C. Capitol Riverfront will be situated in a rapidly redeveloping area of the city within walking distance to Nationals Park and the new Audi Fieldsoccer stadium. The future hotel will be within three miles of the U.S. Capitol, the National Mall, Smithsonian museums and other major attractions, as well as the popular mixed-use development Yards Park. The Cambria hotel will be a short walk from the Navy Yard Metro Station, which will connect guests to destinations in Washington, D.C., Maryland and Northern Virginia, including Ronald Reagan Washington National Airport.

The Cambria Washington D.C. Capitol Riverfront will feature brand hallmarks tailored to the needs of modern travelers, including:

There are currently more than 45 Cambria hotels open across the U.S. in popular cities, such as Chicago; Dallas; Los Angeles; Nashville, Tennessee; New York; New Orleans; and Phoenix. The brand is on pace to break its openings record for the second-straight year and is fast approaching 50 open Cambria hotels, including a soon-to-open property in Anaheim, California.

The Cambria® Hotels brand is designed for the modern traveler, offering guests a distinct experience with simple, guilt-free indulgences allowing them to treat themselves while on the road. Properties feature compelling design inspired by the location, spacious and comfortable rooms, flexible meeting space, and local, freshly prepared food and craft beer. Cambria Hotels is rapidly expanding in major U.S. cities, with hotels open in Chicago, New York City, Pittsburgh, Washington, D.C., and Los Angeles. There are more than 40 Cambria properties open across the United States, and over 100 hotels open or in the pipeline in the U.S. and Canada. To learn more, visit www.choicehotels.com/cambria.