Does Your Hotel Need a Plant-Based Restaurant?

Does Your Hotel Need a Plant-Based Restaurant? 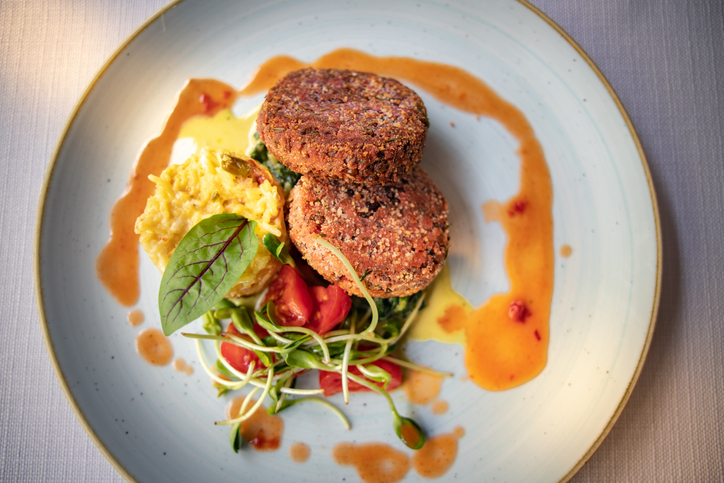 No matter where you stand on the issue of climate change, the one undeniable aspect of this movement is that it is rapidly gaining awareness across the world. With scientists publishing study after study to show just how inhospitable our environment will soon become, this trend is particularly prevalent amongst our youth, and if you don’t understand it then your hotel’s F&B future may be grim.

For those among us who will inherent the earth appear to be the ones who are also most inclined to do something about it, with a popular form of activism being the removal of all animal products from one’s purchasing habits – dietary or otherwise – as a means of curbing global carbon emissions. With livestock acting as a key contributor to this, the argument goes that fewer cows, pigs and poultry will mean fewer greenhouse gases, less water usage for agriculture and better utilization of the farmland.

While there are many reasons to take up the vegan banner including ethical, religious, medical, economic and environmental, as an occasional meat-eater myself and an aficionado of the foodservice industry without any formal ecologist accreditations, it’s these last two reasons that intrigue me most because I foresee them colliding in the near future to elicit the mass adoption of a plant-based lifestyle.

Namely, you need items on the menu to appease those people who no longer consume meat, fish, eggs or dairy. Full stop. You are a hotel which means you have a duty of care that supersedes any standalone eatery whereby you must be able to provide nourishment for the guests who are staying in your humble abode, whatever that individual’s diet is.

But the rise in climate activism presages a more radical and authoritative outlook over simply inscribing a few token salads or vegetarian pastas dishes. That is, people who feel strongly about curbing carbon emissions from meat consumption may soon choose to boycott any restaurant that incorporates any ingredients that aren’t wholly plant-based.

This scenario is indeed far off, but we see the seeds of it everyday with each mounting protest outside a fast food franchise in one of world’s great urban centers. Approaching it from another angle, the alacrity that burger chains have adopted plant-based burgers speaks to just how willing most people are to abstaining from animal products, albeit at least intermittently.

So, what will happen when a non-nominal percentage of your guests not only opt for a strictly plant-based lifestyle but also refuse to dine at any restaurant where meat is on the menu? Right now, this question can be shrugged off, but you will need to confront it sometime within the next two decades.

The answer, of course, is to have an in-house restaurant that is entirely vegan. But like everything else we do it isn’t that simple. What about those people who classically consider a dinner to only be complete with the presence of some form of dead animal – sushi, steak, guisado pork tacos or otherwise? By placating the abstainers, you may also be alienating this ‘old guard’, especially if your property only has one dining establishment.

Geographical territory considerations aside, if you have space for two restaurants, going forward your primary will inevitably have to transition towards being wholly plant-based as demographics shift towards millennials and centennials, while your secondary will be whatever niche sells best, be it a chophouse, burger bar or fish joint.

That’s the environmental side of things as it makes good sense to keep in stride with the grand progression towards greater sustainability. But there’s also the economic side to consider. That is, eating meat can be inexorably expensive. So much so that your high-end steakhouse may soon lose most of its appeal amongst the youth who would rather allocate that money for paying rent.

Moreover, the cost of these ingredients may soon prohibit you from stocking them without charging the customer an arm and a leg for what used to be a quotidian dish. For example, steak frites has been longstanding lunch favorite of mine, yet the average price for this item nowadays is increasingly convincing me to opt for the omelet or the soup du jour – not to mention cutting out the all-too-addictive fries as apparently they aren’t good for my growing waistline.

Any way you slice it, meat consumption will enter a slow decline while the writing is on the way insofar as plant-based being the future of food. Rather than scramble for a solution once your diners have already left and your reputation amongst the younger generations as a ‘murderous meat purveyor’ has cemented, the time to start planning for change is now. And if you act fast enough in embracing this trend, you may still qualify as an early adopter to thus accrue all the buzz and goodwill that comes along with being a purported pioneer in plant-based dining.

This article may not be reproduced without the expressed permission of the author.
Editor’s note: To discuss business challenges or speaking engagements please contact Larry directly.