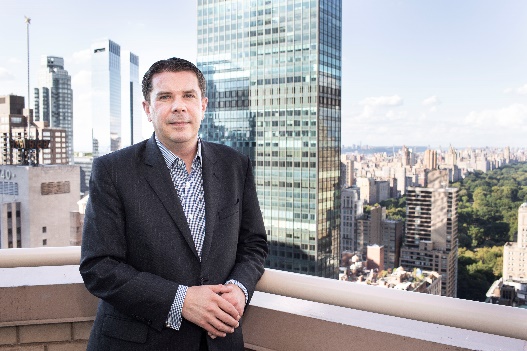 “For the past 18 years, I have had an incredible opportunity to work with our Hilton team members at some of our most incredible properties including New York Hilton Midtown and Waldorf Astoria New York, and I am delighted to expand my remit and work with our managed estate in an incredibly important market,” said Dwyer. “Hilton has had a storied history in this remarkable city and I am looking forward to enhancing our collective presence in the destination and working alongside our general managers and their teams to deliver for our guests, groups and customers.”

With nearly 20 years of hospitality experience, Dwyer began his career at the Killarney Park Hotel in his home country of Ireland before starting as assistant general manager at The Brehon Hotel & Angsana Spa.

Following his roles in Ireland, Dwyer moved to the United States where he began a 13-year management tenure with the legendary Waldorf Astoria New York and The Waldorf Towers, the hotel’s residential offering. His roles included director of guest services, assistant director of rooms, director of operations, and executive director for The Waldorf Towers. In 2010, he was named hotel manager for the renowned property where he remained for seven years before joining New York Hilton Midtown as general manager in 2017.

Hilton (NYSE: HLT) is a leading global hospitality company with a portfolio of 18 world-class brands comprising 7,000 properties and 1.1 million rooms, in 122 countries and territories. Dedicated to fulfilling its founding vision to fill the earth with the light and warmth of hospitality, Hilton has welcomed more than 3 billion guests in its more than 100-year history, earned a top spot on Fortune's 100 Best Companies to Work For list and been recognized as a global leader on the Dow Jones Sustainability Indices for five consecutive years. Hilton has introduced several industry-leading technology enhancements to improve the guest experience, including Digital Key Share, automated complimentary room upgrades and the ability to book confirmed connecting rooms. Through the award-winning guest loyalty program Hilton Honors, the 139 million members who book directly with Hilton can earn Points for hotel stays and experiences money can't buy. With the free Hilton Honors app, guests can book their stay, select their room, check in, unlock their door with a Digital Key and check out, all from their smartphone. Visit stories.hilton.com for more information, and connect with Hilton on  Facebook, Twitter, LinkedIn, Instagram and YouTube.