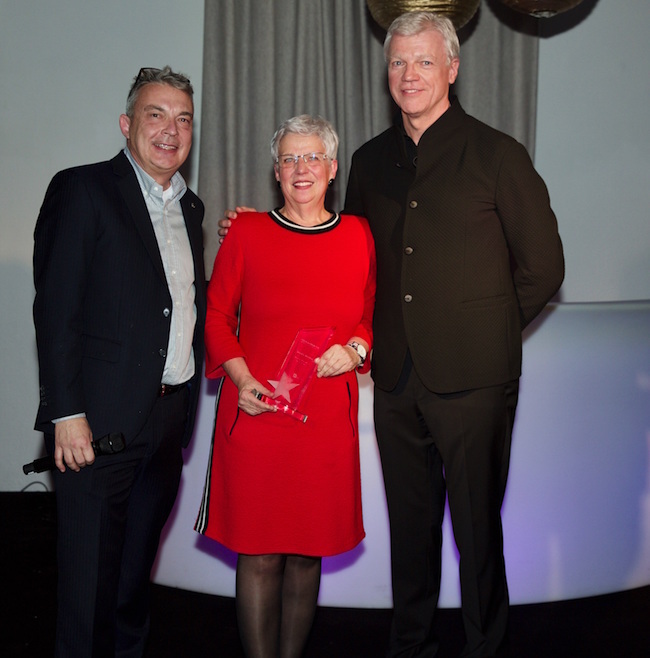 Deutsche Hospitality has once again recognised outstanding performances by hotel directors by announcing its “General Managers of the Year”. This time, the awards go to Gondra Wettley (Steigenberger Hotel Berlin) and Claudia Feuß (IntercityHotel Hanover).

Claudia Feuß is General Manager at the IntercityHotel Hanover and has been with the company since 2013. Joachim Marusczyk, Managing Director of IntercityHotel GmbH, explained the reasons for the award. “The qualities which Claudia Feuß embodies are precisely those which make up a successful General Manager. She achieves above-average operational results and leads her staff with considerable emotional intelligence. This is presumably part of her secret recipe. She is also able to overcome difficult circumstances whilst making things look easy and delivers an incomparable level of hospitality.”

Deutsche Hospitality brings together three separate hotel brands under a single umbrella. Steigenberger Hotels and Resorts has 60 hotels housed in historic traditional buildings and lively city residences and also offers health and beauty oases set at the very heart of nature. Jaz in the City branded hotels reflect metropolitan lifestyle and draw upon the local music and cultural scene. The first Jaz hotel opened in Amsterdam in 2015, followed by a second in Stuttgart in 2018. And IntercityHotel offers more 40 upper mid-range urban hotels, all of which are located within easy walking distance of railway stations or airports. A further 29 hotels are currently at the development stage. This means that the Deutsche Hospitality portfolio currently encompasses a total of over 130 hotels on three continents.