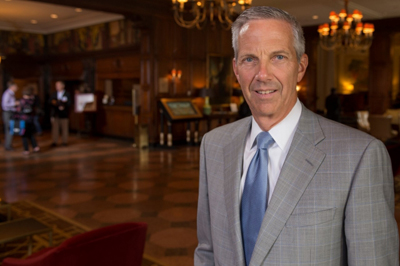 The US lodging market has experienced its 72nd consecutive month of positive albeit decelerating growth in revenue per available room (RevPAR). Modest US job and wage growth as well as strong consumer spending endure, however, during the past several months, fear of a global economic downturn coupled with investor perception that the lodging industry has peaked has for now rendered the sector a dimming star. Hotel investment sales and financings are taking longer to complete as apprehension about achievable debt levels has widened mortgage spreads and lender underwriting has become increasingly rigorous. Additional uncertainty is being fueled by a strong US Dollar exchange rate in comparison to foreign currencies and the growth of home sharing companies such as Airbnb.

Deal pace this year has dramatically slowed as buyers and sellers assess the changing outlook and capital market gyrations. Hotel property values in privately negotiated sales remain stronger than public market values, and many owners have attempted to take advantage of the gap in order to realize gains from seasoned investments. Private equity firms along with REITs, pension funds, and sovereign wealth funds are seeking to sell holdings while simultaneously pursuing new acquisitions. Public REITs are taking advantage of the arbitrage in pricing between the public and private markets to sell assets and use proceeds to buy back stock. As the market experiences a slow shift in leverage from sellers to buyers, prospective investors are taking more time to analyze deal opportunities than they did one year ago with many adopting a “wait and see” approach as the market transitions.

During the first quarter of 2016, the pace of mergers and acquisitions as well as real estate spinoffs is accelerating. Marriott International’s announced blockbuster acquisition of Starwood Hotels & Resorts Worldwide, Inc. (HOT) was dramatically challenged by a consortium led by Chinese insurance firm Anbang Insurance Group Co. (Anbang) resulting in an enhanced bid that will benefit existing HOT stakeholders. Additionally, Accor SA (Accor) announced its purchase of FRHI Holdings Ltd which includes Fairmont, Raffles, and Swissôtel. Hilton Worldwide Holdings’ (Hilton) plans to separate its real estate assets into a separate publicly traded entity. Blackstone Group which purchased Strategic Hotels & Resorts Inc. for $6 billion in December of 2015 has agreed to sell the company for $6.5 billion to Anbang resulting in a $500 million gain within a three month period which equates to an annualized increase of roughly 33 percent. HNA Group, China’s fourth largest airline group, and Accor, are leading potential bidders in the possible takeover of Carlson Rezidor Hotel Group, owner of the Radisson, Country Inn & Suites, and Park Plaza brands. Finally, the lodging industry is beginning to stake out positions with so­ called sharing economy platforms as evidenced by Hilton’s recent announcement of a partnership with Uber, and Accor’s recently announced acquisition of Onefinestay, a London­based startup focused on short­term rentals of luxury homes by their owners.

Barring any black swan event(s), the near term outlook for lodging fundamentals remains positive as trends indicate steady room night demand. However, the risks have heightened over the past several months given numerous macroeconomic headwinds. Since the onset of the great recession, the specter of inflation has always been imminent only to ultimately be pushed off further and further by quantitative easing, and a slowly recovering economy. As the US approaches full employment and with the Federal Reserve now squarely focused on interest rates, it appears at least some modest inflation is likely to occur during the next year. Notwithstanding the outcome of the Presidential election this fall, an increase in inflation will undoubtedly be a consequential event for hospitality real estate. Given the ability to continuously change room rates, hotels have a proven record of representing terrific investment hedges during inflationary times. As the sector strives to enhance value and competitiveness, lodging industry best practices will prioritize sustainability, brand refreshment, and increased visibility through technological innovation and social networking. This article originally appeared on GlobeSt.com and is reprinted with permission of the author.

Dedicated to its motto, Ut Prosim (That I May Serve), Virginia Tech takes a hands-on, engaging approach to education, preparing scholars to be leaders in their fields and communities. As the commonwealth’s most comprehensive university and its leading research institution, Virginia Tech offers 240 undergraduate and graduate degree programs to more than 31,000 students and manages a research portfolio of $513 million. The university fulfills its land-grant mission of transforming knowledge to practice through technological leadership and by fueling economic growth and job creation locally, regionally, and across Virginia.

Nobody Asked Me, But… No. 243: Hotel History: Hotel Roanoke, Virginia
Originally Built in 1882, The Fully-Restored Hotel Roanoke & Conference Center Joins Curio – A Collection by Hilton