The Middle East region has generally been following the traditions and operating models of the global hospitality industry. Developers typically build hotels and leave the responsibility of running them to hotel operators via a hotel management agreement (HMA). Operators receive a remuneration consisting of a combination of “base fee” linked to a percentage of revenue and “incentive fee” based on a percentage of gross operating profit.

While this agreement has worked well in the past, today there are several factors that raise questions, which are relevant to hotel owners and operators.

Key among this is the transformational impact of digital technologies, especially the rise of Online Travel Agencies (OTAs), which are increasingly claiming a bigger share of hotel bookings. The growth of OTAs in the past two decades is well-documented. Today, reservations via OTAs and other online intermediaries account for over one third of global hotel room bookings. This means, a substantial share of room night bookings has transferred towards third-party players that did not exist before.

Recently, global hotel operators launched expensive online direct booking campaigns to encourage travellers to book via hotel websites. However, the overall success of these campaigns has been limited. One reason is the sheer size of the marketing budgets OTAs have at their disposal, which dwarf even those of the largest global hotel operators.

An alternative, more cost-effective, strategy adopted by smaller hotel groups has been to embrace OTAs as intermediaries for guest acquisition, then develop genuine loyalty by delivering outstanding and customised experiences – before, during and after the stay – thereby incentivising travelers to make their next reservation directly with the hotel group.

Hotel owners rightfully question whether operators should be compensated for revenue generated by third parties who earn a commission funded through the hotel’s (i.e. owner’s) P&L. While the jury is out on the subject, the truth is that digital disruption has fundamentally altered the way hotels conduct business – from distribution to operations and reputation management.

This invariably influences owner-operator relations, more so in a landscape that is increasingly dominated not as much by individual owners but by institutional investors who are more value-driven and assisted by competent asset managers who seek higher returns on their investment.

While revenue generation is undoubtedly crucial in running a hotel, long-term profit delivery is a far more powerful indicator of an enterprise’s success and its manager’s performance. Hence it would be logical to use this basis to evaluate and compensate an operator who manages a hotel on an owner’s behalf.

While OTAs are here to stay and digital technologies will continue to reshape the hospitality sector, a shift in how management agreements are drawn out will contribute to the long-term benefit of all stakeholders. The incentive- fee-only-model developed by the Emaar Hospitality Group does exactly that. By eliminating the revenue linked component and increasing the percentage participation on GOP, the operator gets rewarded for the profit they generate for their owner, while not reducing their total fee income, as long as they perform well.

Another aspect relevant here is the alignment of interests and the sharing of “pain and gain”. Revenue is much less volatile than profit. Hence, operators’ fees in traditional management agreements will fluctuate less than the bottom lines of the hotels they manage.

During the last major global downturn in 2009-2010, disputes arose, as owners began to question their operator’s motivation to reduce costs, given the shrinking top lines. The weight of the revenue – linked base fee component, within the total fees earned by operators, grew strongly, relative to the profit-based incentive fee. Today still, over 70 per cent of operator’s fees globally are earned through revenue generation rather than profit delivery. The incentive- fee-only-model eliminates the safety net provided to the operator by the base fee and better aligns both parties’ interests as it perfectly correlates the hotel’s profit and the operator remuneration.

This is especially relevant to the region as inventory supply continues to grow and markets are maturing, making an efficiency-oriented mindset and intelligent cost management more important in the future than it was in the past. In addition, with their fee income linked to profit generation, operators will be motivated to sign HMAs only for projects that are supported by strong feasibility studies, which are in all parties’ interests.

The third one, very relevant to the Middle East, is the rise of home-grown hotel groups which understand the region and the aspirations of the owners.

The region’s own hotel operators, by their very location and stakeholder interests, also have a larger social commitment. Their priorities are not set by short-term goals but long-term value creation for the entire local hospitality industry, which plays an increasing role in the economic diversification initiatives of the regional governments.

The asset-light strategies adopted by some hotel operators have decreased their sensitivity towards issues such as asset value growth, debt service and cash flow – topics that are fundamental to hotel owners. Operators that also own real estate in local markets have maintained this perspective and are better positioned to put themselves into the “owners’ shoes”.

This is where the Middle East region can set a new template for hotel management agreements. For the sustainable growth of the industry and to bring higher operational efficiencies to the hospitality sector, it is worthwhile to look at the incentive-only fee model, which will be driven by the operator's ability to generate profits rather than revenues. Revenue is only meaningful if it flows through to the bottom line, steered by effective management.

The new model will contribute to better owner-operator relations, as the operator has greater onus to drive profitability, even in the face of challenging economic conditions, by focusing on minimising operating expenses and strengthening profits while delivering outstanding quality.

Like all contractual arrangements, incentive-fee-only-management-agreements are not perfect. However, their advantages versus traditional HMAs cannot be overlooked. 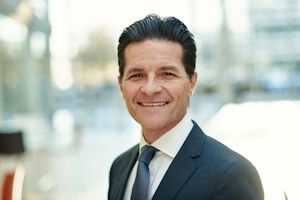