Chef Mullen joined Davidson Hotels & Resorts in August 2017 with more than twenty years of culinary experience in the hospitality industry. Chef Mullen was most recently in Utah with the Sundance Resort where during his tenure, he was the executive chef of nine culinary outlets and Zoom restaurant in Park City, managing more than 100 team members. While at Sundance, David coordinated and developed menus for all food and beverage operations including spa and wellness retreats where his exceptional work resulted in the Forbes 4 Star Award three consecutive years for leadership at the Tree Room.

Prior to his career at Sundance, Chef Mullen already knew he had a taste for the culinary world. Growing up in California, he was exposed to a variety of cultures, foods, flavors and techniques; he ultimately graduated from The California Culinary Academy and completed an apprenticeship under Julian Serrano at Masa's, kick-starting his career path and leading him to work with some of the finest names in contemporary American dining establishments including Laurent Tourondel, Wylie Dufressne and Daniel Boulud. Taking on the Chef de Cuisine role at Angle Ritz-Carlton in Palm Beach, FL, allowed David to gain extensive experience in exquisite cuisine earning him a 2008 StarChefs.com South Florida Rising Stars Award and accelerating to Executive Chef at Miami's Michael Mina Bourbon Steak in the same year. Chef Mullen's talent has also awarded him the prestigious Forbes Four Stars for Apex award while he was the executive Chef de Cuisine at the Montage Deer Valley Resort.

"We envision David's passion and talent elevating us to a new level of culinary skillset," said Steve Kilroy. "The Davidson and Pivot teams believe Chef Mullen brings the expertise that we have been seeking and will truly position us as leaders in the Food and Beverage category, setting us apart from our peers, creating greater vertical abilities while creating inspiration and adding value to our partnerships."

Davidson Hotels & Resorts is an award-winning, full-service hotel management company providing management, development/renovation, acquisition, consulting and accounting expertise for the hospitality industry. Amassing one of the purest full-service hotel portfolios in the industry, Davidson, along with its lifestyle and luxury operating division, Pivot Hotels & Resorts, specializes in independent and branded assets in the upper-upscale to near-luxury segments including 41 hotels, nearly 13,000 rooms and over 1.4 million square feet of meeting space across the United States. A trusted partner and preferred operator of Marriott, Hilton and Hyatt, Davidson delivers hospitality and creates value for owners with every single hotel. More information can be found at www.davidsonhotels.com. 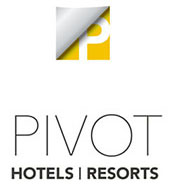 Pivot Hotels & Resorts, the lifestyle and luxury division of Davidson Hotels & Resorts operates with a deep-rooted passion for continuous innovation, exceptional service delivery, revenue generation, inspired marketing and financial responsibility.  Constituted by some of the most accomplished leaders in lifestyle hospitality, Pivot Hotels & Resorts caters to today's experience-seeking, adventure-minded traveler through inspiring design, thoughtful service, and one-of-a-kind experiences at each of its hotels and resorts.  Pivot Hotels & Resorts operates eight hotels and resorts across the US with new arrivals coming in Chicago, San Francisco, Iowa City and Nashville.  More information may be found at www.pivothotels.com.