“Aaron and Carolee are exemplary dedicated executives who have been instrumental in the growth of our company and its ongoing success,” said James Carroll, President & CEO of Crestline Hotels & Resorts. “Aaron’s ability to pivot to adjust hotel operations, and champion care for our front-line teams, has resulted in performance beyond expectations. Carolee’s ability to direct revenue strategies through unexpected shifts and swings has kept our revenue focus on areas with the greatest impact on profit. Their ongoing commitment to excellence, even in the face of recent adverse conditions, is highly commendable. These promotions are well-deserved, and I offer my personal congratulations and a sincere thank you to them for their contributions to our company,” added Carroll. 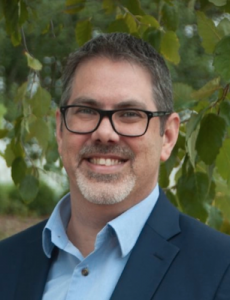 Aaron’s career began at Marriott International and spans two decades, including roles such as Vice President of Operations for Interstate Hotels & Resorts and management positions with RIM Hospitality, Wright Investments, and Texas Western Hospitality. Aaron’s vast experience in hospitality leadership, coupled with his understanding of both geographic and vertical markets, multiple brands, and complex ownership groups, has resulted in a solid track record of running successful hotels. 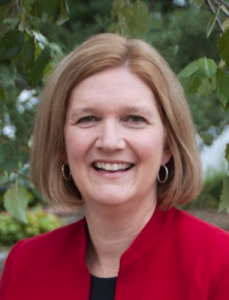 Carolee Moore joined Crestline Hotels & Resorts in 2000 and was promoted to Vice President of Sales & Marketing for the Company in 2011 and subsequently to VP of Revenue Management and e-Commerce in 2016. In her new position as Senior Vice President of Revenue Strategy, Carolee is responsible for leading a team that identifies successful revenue strategies and e-Commerce initiatives for maximization of profit with available demand. Carolee brings more than 25 years of hotel experience to her position. Prior to joining Crestline, she held sales and operations positions with Promus Hotels (now Hilton) and Disney Resorts. She also opened extended-stay hotels as a Director of Sales and led select-service hotels as a General Manager.

Carolee earned a Bachelor of Science in Hotel, Restaurant and Tourism Administration from the University of South Carolina and completed her Executive MBA at the J. Mack Robinson College of Business at Georgia State University. She was the recipient of the 2015 Distinguished Alumni Award for the University of South Carolina Hotel, Restaurant, and Tourism Management program and currently participates on a variety of Advisory Committees and focus groups for brands and industry organizations.

Crestline Hotels & Resorts, LLC is one of the nation’s largest independent hospitality management companies. Founded in 2000, the company presently manages 128 hotels, resorts, and conference centers with nearly 19,000 rooms in 29 states and the District of Columbia. Crestline manages properties under such well-regarded brands as Marriott, Hilton, and Hyatt, as well as independent, private label hotels and conference centers throughout the United States. For more information, visit: www.crestlinehotels.com.