“The addition of these nine new hotels increases Crestline’s managed portfolio into 27 states coast-to coast,” said Carroll. “We are quickly approaching 100 properties in our portfolio and this significant milestone in size, coupled with our professional team of associates who work hand-in-hand with owners, is a formula for continued revenue optimization and success.”

Mark Fowler, Vice President of ARC Hospitality’s asset management division, stated, “We continue to engage Crestline because Crestline is excels at growing RevPAR penetration with its yield management practices and improving customer satisfaction. Crestline is a values-driven organization where best practices and an ability to outperform their market competition makes them an excellent business choice.”

Crestline is recognized as a preferred third party hospitality management company whose properties consistently lead their markets in RevPAR and performance. The Company anticipates continued growth in the coming months.

Crestline Hotels & Resorts, LLC is one of the nation’s largest independent hospitality management companies.  Founded in 2000, the company presently manages 96 hotels, resorts and conference and convention centers with 14,474 rooms in 27 states and the District of Columbia.  Crestline manages properties under such well-regarded brands as Marriott, Hilton, Intercontinental, Hyatt and Starwood, as well as independent, private label hotels and conference centers throughout the United States.  For more information visit:  www.crestlinehotels.com. 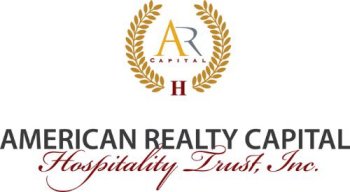