Denver, Colo. – The Brown Palace Hotel and Spa, a legend among Downtown Denver hotels since 1892, announces its official sale to Crescent Real Estate LLC (Crescent) of Fort Worth, Texas. Together with the historic hotel’s newly appointed luxury management team, HEI Hotels & Resorts, Crescent will usher in a new era of luxury and refinement for the iconic property.

Crescent plans comprehensive investments that will enhance the property’s 241 exquisite guestrooms and Top of The Brown suites. Enhancements will retain the elegance of The Brown Palace’s signature appearance while presenting a new level of luxury and sophistication, honoring the Denver landmark’s spirit and rich history.

“Crescent was able to secure the iconic hotel in a strong market that we know well,” said Conrad Suszynski, Co-CEO of Crescent. “Crescent has owned and operated commercial real estate fin Denver and Colorado for years.”

Located in the heart of downtown Denver, The Brown Palace is the longest continuously operating hotel in the city. The front doors of The Brown Palace Hotel and Spa opened on Aug.12, 1892, and they have never been locked since. The iconic hotel has played host to presidents, celebrities and royalty for more than 125 years, including nearly every U.S. president since Teddy Roosevelt.

Offering 241 richly appointed guestrooms and suites, The Brown Palace is also home to six exceptional restaurants and a coffee shop, including the award-winning Palace Arms; Ship Tavern, the oldest restaurant in the hotel; and Ellyngton’s, known for its power meals, attracting politicians and business professionals from the nearby Capitol and office towers. In addition, the long-standing tradition of “taking tea” at The Brown Palace has been cherished by guests, enjoyed daily in the atrium lobby.

Encompassing two floors, the 5,200 sq. ft. spa at The Brown Palace is a luxurious retreat offering a six massage and treatment rooms; Swiss showers; steam rooms with aromatherapy; and a nail and hair salon. With more than 20,000 sq. ft. of flexible meeting and event space The Brown Palace plays host to notable balls and performances in the Denver community.

To learn more about The Brown Palace Hotel and Spa or to book an upcoming visit, please visit www.brownpalace.com or call 678-425-0900.

About Brown Palace Hotel and Spa 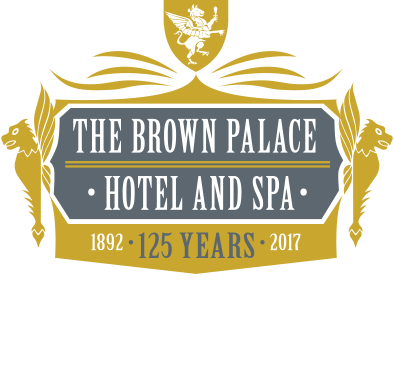 The Brown Palace Hotel and Spa is a Forbes Four Star, AAA Four Diamond luxury landmark located in the heart of downtown Denver. Playing host to presidents, celebrities and royalty for more than 125 years, The Brown is the longest continuously operating hotel in Denver, and one of the city’s oldest and most prestigious businesses. Encompassing 241 richly appointed guestrooms and presidential suites; six iconic dining options including Ellyngton’s, Palace Arms, Ship Tavern and the renowned afternoon tea service in the lobby; more than 20,000 sq. ft. of flexible meeting space and luxurious spa, The Brown Palace captivates guests with its historic heritage fused with modern-day amenities.

The Brown Palace is part of the signature Autograph Collection, an exclusive collection of upper upscale and luxury hotels within Marriott International’s global portfolio. For more information visit www.brownpalace.com.

Crescent Real Estate LLC (Crescent) is a real estate operating company and investment advisor, founded by Chairman John C. Goff, with assets under management and investment capacity of more than $4 billion. Through the recently established GP Invitation Fund I, the company acquires, develops and operates all real estate asset classes alongside institutional investors and high net worth clients. Crescent’s premier real estate portfolio consists of Class A and creative office, multifamily and hospitality assets located throughout the U.S. including The Ritz-Carlton, Dallas; McKinney & Olive in Dallas; and the wellness lifestyle leader, Canyon Ranch®. For more information visit www.crescent.com.

HEI Hotels & Resorts, headquartered in Norwalk, Conn., is a leading hospitality company that acquires, develops, owns and operates full-service, upper upscale and luxury hotels and resorts, as well as, premium select-service hotels throughout the United States under such well-known brand families as Marriott, Hilton, Hyatt and IHG. HEI takes a holistic approach to creating value for its investors and employees by setting the highest standards across all aspects of hotel management and operation and focusing on the central principles of excellence and continuous improvement. HEI prides itself on some of the highest employee satisfaction scores in the hospitality industry, fuels local economic prosperity by investing in communities and is committed to environmental stewardship and sustainability. For more information about HEI, visit www.heihotels.com.