In this article on the brand as publisher, we focus on Choice Hotels which has launched a travel portal to drive traffic to its booking site and collect customer data. Tess Mattisson, director of marketing for the European division of Choice Hotels International, spoke recently to EHL students about why she decided to launch the site and the benefits it has brought.

When Tess Mattisson joined Choice Hotels in January 2016, the European division was languishing. With some 7,000 hotels globally, the US is the group’s biggest market and that was the main focus of its marketing spend. Mattisson’s goal was to put ‘heads in beds’ around Europe and figure out how to do that without additional budget.

Transforming people for the digital age

Her approach was to question everything (she refers to herself as the ‘why woman’). Her main objective was to turn the business into a more digital company, although she prefers to say she’s in the business of transforming people “because it’s the people at the core that will transform the business to survive the digital age.”

Why did they need to change the way they had done marketing in Europe? The international division had been second in line when it came to investments. However, it had growth potential, whereas the US already had a market share of some 25 percent in the US.

Revenue (Choice, as a franchisor, gets a percentage of the gross operating revenues of its franchisees but the latter felt Choice was not providing ‘strong enough value’);

And retention, bringing the guest closer to the brand by providing tangible value.

The biggest reason why we needed to change was that brands are becoming publishers. Absolut Vodka is not a vodka producer anymore. They’re a media company.

Brands are becoming publishers, she said, not because they have large piles of money to throw around, but “because they’ve realized they need to invest in media and content and become publishers if they’re going to successfully sell their products further down the road.”

Consumers today expect us, as a brand, to actually be a publisher and add value through content and other types of services that are not directly connected to our products.

So Choice Hotels Europe created its own ‘vehicle’, a site called TravelTop6™ (yes, it’s trademarked) to drive traffic to its booking platform, while gathering data on customer behavior. The site carries travel recommendations and tips for destinations which are near Choice Hotels. (So don’t bother looking for information about countries such as Greece or the Netherlands where Choice doesn’t have franchisees.) 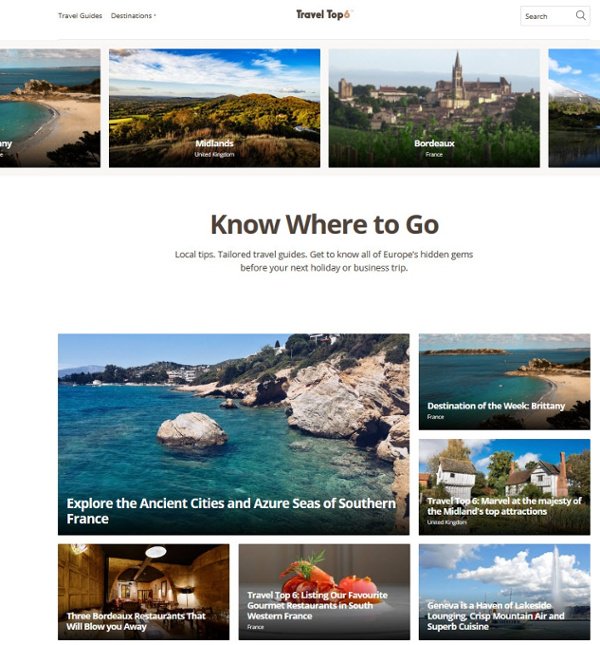 Based on data from a 2015 Google study on micro-moments of travel, which stated that 87 percent of such moments take place on mobile, it made sense to take a ‘mobile first’ approach. The Google study was also seen as important for mapping out the various phases of the customer journey.

We were strong in the booking phase of the journey but we needed to expand that to where the consumer is actually engaged – in the dreaming, planning, booking and experiencing micro-moments of travel. 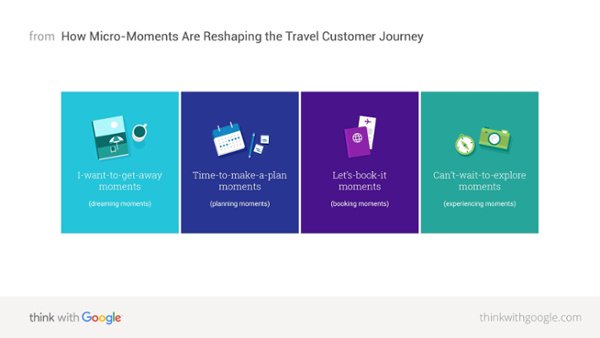 Mattisson outlined to Hospitality Insights in an interview how they had used Google’s modeling: “We pretty much looked at where we were today, what the gap was between where we were and where customers were. And then we tried to fill that void. And the key component for us that we identified was the lack of high quality content.”

Content marketing is like dating. You need to add value, you don't talk about yourself on the first date for 40 minutes. People would be so bored, right? You listen, you ask questions, and you focus on the person in front of you.

But, as Choice Hotels is a franchisor, it has to consider a range of stakeholders – not just the customers. Mattisson said she had to get 19 stakeholders on board, including the franchisees, some 500 of them. Previously they had argued that Choice should spend big on TV commercials but, given the budget constraints, that avenue was not an option unless they were going to get the occasional commercial spot in the afternoons when their target audience would not be watching anyway.

Instead, Mattisson believes the TravelTop6™ site has proved its worth. It has involved developing a research calendar to pinpoint areas of interest and outsourcing writing to freelancers, plus getting some help from influencers such as Kaptain Kenny.

We don't produce any content that is not supported by research – insights, data mining, scraping a lot of sites, seeing what are people interested in and (finding out) what they talk about. And where is the gray space, where no one is present. We're not going to compete with TripAdvisor or Lonely Planet.

As for the return on the (undisclosed) investment, she points to some 2.5 million new users viewing the content over a 12-month period, with 126,000 visits to the guides and more 3,400 visits to the Choice Hotels booking site. In terms of the bottom line, there has been a 35 percent increase in direct, organic online bookings year-on-year. “So yes, it’s had an impact on the bottom line, on traffic to the website, and adding value to the guest.”

If you’re wondering about the ethics of leveraging an apparently independent third-party site or ‘Trojan horse’ to drive traffic to one hotel group’s booking site, the TravelTop6™ site does state that the site is powered by Choice Hotels Europe and Choice Hotels Canada. (That said you do have to scroll down the page to the bottom).