With the proliferation of online guest reviews and social media postings, training all of your guest contact colleagues to properly respond to guest complaints is more important than ever before in the history of the lodging industry.

As we explored in Part One of this series, the first step in Conquering Complaints is to understand their root causes. Last month we explored what I call the “Carrot Model” as a way of analyzing the root causes of guest complaints.

When planted in a garden, the leafy greens sprouting out the top of the carrot represents the part of the complaint that frontline associates see being presented to them by the guest, whether in person or on the phone, as the issue to be resolved. Just below the surface though lies the cause of the problem, represented by the orange, edible part of the carrot. The top of this part represents what employees often think of as being the cause of the guest’s verbal complaint, which is typically about a long wait time, an error, a physical shortcoming in a guest room or meal, or a process issue. However, it’s the “tip” of the carrot which is representative of the actual root cause of the reaction of the guest as displayed on the surface; the raw human emotion that we all sometimes feel as customers and guests. Therefore, showing compassion for the complainer is as important as resolving the issue.

Now let’s take a closer look at the personality types of those who complain, as well as those who are responsible for receiving and resolving complaints. “Free Stuff Seekers.” For many hoteliers, this is the first type of complainer personality type that comes to mind. Their favorite remark is “What are you going to do for me now?” Indeed, there definitely are and always have been a certain percentage of the general public that seems to actually look for shortcomings and gaps in service in order to seek compensation. However, based on my experiences this is a much smaller sub-set than many service providers think. The problem is that they make a lot of noise and therefore receive a lot of notice from hoteliers, causing too many of us to become cynical, when in fact they are by far in the minority. To succeed in our industry, do not let these boundary-testing individuals make you have negative expectations regarding the rest of guests who voice their concerns. “Consistently Negative Sorters.” This subset represents those guests who always seem to find fault even with the best service experiences. They seem to enjoy complaining and pointing out the smallest of shortcomings. Their favorite line is “And another thing we noticed…” As I’ve come to realize over the years, there are some individuals who seem to be hard-wired towards negativity and that have a generally gloomy outlook on all of the circumstances of their lives. Whereas most of us would say “It’s mostly sunny today” they would say “It’s a partly cloudy sky.” They are the ones who say “I think I’m coming down with a really bad cold” rather than “I’m fighting a little cold.” “Righteous World Changers.” Complainers with this personality type seem to have made it their mission to fight for the rights of others. They often say “It’s not a big deal for me personally, but it’s just not right” or “Guests should not have to go through this…” or “It’s just not fair.”

Ironically, both of these last two personality types can be some of our most loyal guests, returning again and again to the hotel despite that they always spend most of their stay on a fault-finding mission. Given the small profit margins in the hotel and lodging industry, the fact is we need their business too! “Simply Stressed Outers.” Based on my experiences, this subset represents by far the largest population of guests who complain. These are guests with otherwise normal, mostly optimistic personality types who are simply tired, hungry and overall stressed out. Whereas most people think that travel is fun, exciting and engaging, the truth is that it is also stressful, unpredictable, and often does not live up to one’s lofty expectations. For example, most outbound travelers take early morning flights on the day of their departure; just think about what time their alarm clock went off in the morning for them to make the 7am flight. Think about how crowded the conditions are on the airplanes and the lack of food onboard during flight delays. For those who arrive by car, think about how much traffic they had to fight en route. Although their GPS said it would take 2 hours and 10 minutes at the outset, the unexpected traffic jam made it a 4-hour journey. This group also includes the business travelers who received upsetting news via email or who faced unexpected changes of plans. Finally, there is a small but very vocal subset of complainers who are nothing more than “Big Body Bullies.” These are the same individuals who found joy in harassing others in middle school and who now as grown-ups (using term loosely) practice the same behaviors on the other side of the front desk, restaurant counter or phone line.

By understanding the various personality types of guests who complain, service providers can provide just the right style of service recovery and use the most appropriate techniques, all of which we will cover in Part Three of this series. Stay tuned! 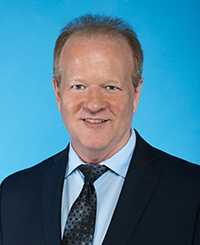 Doug Kennedy is President of the Kennedy Training Network, Inc. a leading provider of hotel sales, guest service, reservations, and front desk training programs and telephone mystery shopping services for the lodging and hospitality industry. Doug continues to be a fixture on the industry’s conference circuit for hotel companies, brands and associations, as he been for over two decades. Since 1996, Doug’s monthly training articles have been published worldwide, making him one of the most widely read hospitality industry authorities. Visit KTN at www.kennedytrainingnetwork.com  or email him directly [email protected].

Doug is the author of “So You REALLY Like Working With People?  - Five Principles for Hospitality Excellence.”

Newpark Resort & Hotel Partners With Travel Outlook, The Premier Hotel Call Center, to Increase Voice Channel Revenue and Improve Guest Satisfaction
To Achieve Lofty Hotel Sales Goals for 2023, Let’s Embrace New Sales
Sentipensante – The Perfect Word for Teaching the Spirit of Hospitality
Be a “Vibe Flipper”: Blast Out 5G Positivity When You Encounter Negative Personalities
Travel Outlook the Premier Hotel Call Center™ Expands Agent Sales Training
The True Heart of Hospitality Is Human Kindness, Especially to Strangers
Hotel Sales: When Product, Process, Place, and Price Are the Same, People Make the Difference
The Title and Role of Revenue Manager Should Be Transitioned to “Revenue Generation Manager”
An Omnipresent GM Who Picks Up Trash
Kennedy Training Network Announces Online (Self-Study) Version of Reservations Sales QUEST
The Top 5 QUESTions Your Reservations Team Should be Asking in 2022!
GM’s and Corporate Leaders: Let’s Keep Hotel Salespeople Focused on Selling!
Hospitality on Their Own Terms
Lately, Hotels Seem to Be Falling Short on the People Parts
How to Set Hotel Sales Team Goals and KPIs in a Time of Unpredictable Demand
Where Are All These Guests Who Supposedly Prefer Humanless Hotel Experiences?
As Demand Returns for Groups and Events, Let’s Not Slip Back Into “Order-Taking”
Hotel Call Centers and Storytelling
A True Story of an Authentic Hospitality Welcome
The Future of Independent Hotels