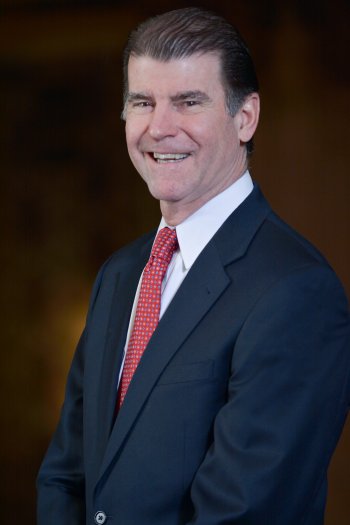 The Industry Veteran of Over 37 Years takes Helm for the 1,015-room Circa 1924 Hotel Known as “Grand Dame of Madison Avenue”

NEW YORK, N.Y. – April 27, 2015 – Situated in the heart of Midtown Manhattan at Madison Avenue and 46th Street, The Roosevelt Hotel is pleased to announce Chris Hosmer as the new General Manager. Hosmer has excelled in the hospitality industry for more than 37 years and will now oversee all operations for the 1,015-room historic hotel property – deemed “Grand Dame of Madison Avenue” for more than 90 years since its opening in 1924. General Manager responsibilities range from guest relations and staff team building to employee management and establishing priorities to ensure delegated tasks remain consistent with hotel objectives.

“Mr. Hosmers’ expertise within the hospitality management division and extensive business success made it a very easy decision to have him join the Roosevelt Hotel team,” said Tom Nolan, Senior Vice President of Operations for Interstate Hotels & Resorts, which manages The Roosevelt Hotel. “We are thrilled to begin working hand-in-hand with Mr. Hosmer to continue enhancing the guest experience through all aspects of hotel operations.”

Hosmer developed a strong hospitality foundation with major corporations, especially JW Marriott Hotels & Resorts. Hosmer joined the Marriott team in 1978, and quickly escalated into a directorial role, serving as the Director of Sales & Marketing at San Antonio Marriott Riverwalk (1981-1984), San Antonio Marriott Rivercenter (1984-1990) and Philadelphia Downtown Marriott (1990-1997). Beginning his General Manager career in 1997, Hosmer served as the General Manager of the Philadelphia Downtown Courtyard Hotel, followed by General Manager of the Bridgewater Marriott Hotel in New Jersey. Most recently, Hosmer held the position of General Manager of the New York Marriott East Side Hotel, where he was a key player in improving overall guest satisfaction, overseeing the hotels’ multi-million-dollar annual operating budget and providing effective and direct leadership of the staff on a daily basis.

About The Roosevelt Hotel

The Roosevelt Hotel stands stately at Madison Avenue and 45th Street in the heart of Midtown Manhattan, just steps away from Grand Central Station, the theaters of Broadway and Fifth Avenue shopping. Opened during the Jazz Age, The Roosevelt Hotel impresses with its grand architecture and spectacular interiors beautifully restored to their original brilliance. Boasting 1,015 guestrooms, the hotel's historic heritage is reflected in the meticulously restored interiors, designed to capture the original architecture while offering modern-day amenities.
For more information, call The Roosevelt Hotel toll-free at 1-888-TEDDY-NY or visit www.theroosevelthotel.com. The Roosevelt Hotel is located at 45 East 45th Street at Madison Avenue, New York, N.Y. 10017.