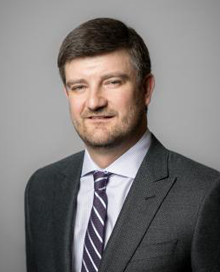 ROCKVILLE, Md. (August 23, 2018) – Choice Hotels International, Inc. (NYSE: CHH), one of the world’s largest hotel franchisors, has promoted Pete Metzger to franchise development regional vice president of the Ascend Hotel Collection brand. In this new role, Metzger will lead the growth of the brand’s footprint in North America and the Caribbean.

“Since its launch 10 years ago, the Ascend Hotel Collection brand continues to rapidly expand and solidify its position as the industry’s first and largest soft brand,” said Mark Shalala, vice president, upscale franchise development, Choice Hotels. “In the past six months alone, we’ve strengthened our presence in top leisure markets around the world, including Dania Beach, Los Angeles, San Antonio, and the Dominican Republic. Pete played an important role in these projects. His leadership and passion for the industry will help take the brand to the next level.”

Metzger has been an integral member of Choice’s development team for several years, most recently serving as director for the Ascend Hotel Collection brand. In this position, he was responsible for identifying growth opportunities in the southeast United States and Caribbean, and for building relationships with current and prospective owners and developers.

Earlier in his career, Metzger held various sales and franchise development positions within the industry, including a global sales manager for Choice’s other upscale brand, Cambria Hotels. During his tenure, he has been named Salesman of the Year three times. Metzger earned his bachelor’s degree from Arizona State University.

About Ascend Hotel Collection: let the destination reach you

The Ascend Hotel Collection® brand is a global portfolio of unique, boutique and historic independent hotels and resorts and is part of Choice Hotels International, one of the world's leading hotel companies. Recognized as the hotel industry's first "soft brand" concept, the Ascend Hotel Collection has more than 200 properties open and operating worldwide, including in France, the United Kingdom, Denmark, Finland, Ireland, Norway, Sweden, Turkey, Australia, Canada, Ecuador and the Caribbean region. Membership with the Ascend Hotel Collection enables distinctive, independent properties to gain a global presence while maintaining their local charm. For more information, visit www.choicehotels.com/Ascend.

Choice Hotels International, Inc. (NYSE: CHH) is one of the largest and most successful lodging franchisors in the world. With more than 6,800 hotels, representing more than 550,000 rooms, in over 40 countries and territories as of June 30, 2018, the Choice® family of hotel brands provide business and leisure travelers with a range of high-quality lodging options from limited service to full-service hotels in the upscale, midscale, extended-stay and economy segments. The award-winning Choice Privileges® loyalty program, offers members benefits ranging from everyday rewards to exceptional experiences. For more information, visit www.choicehotels.com.