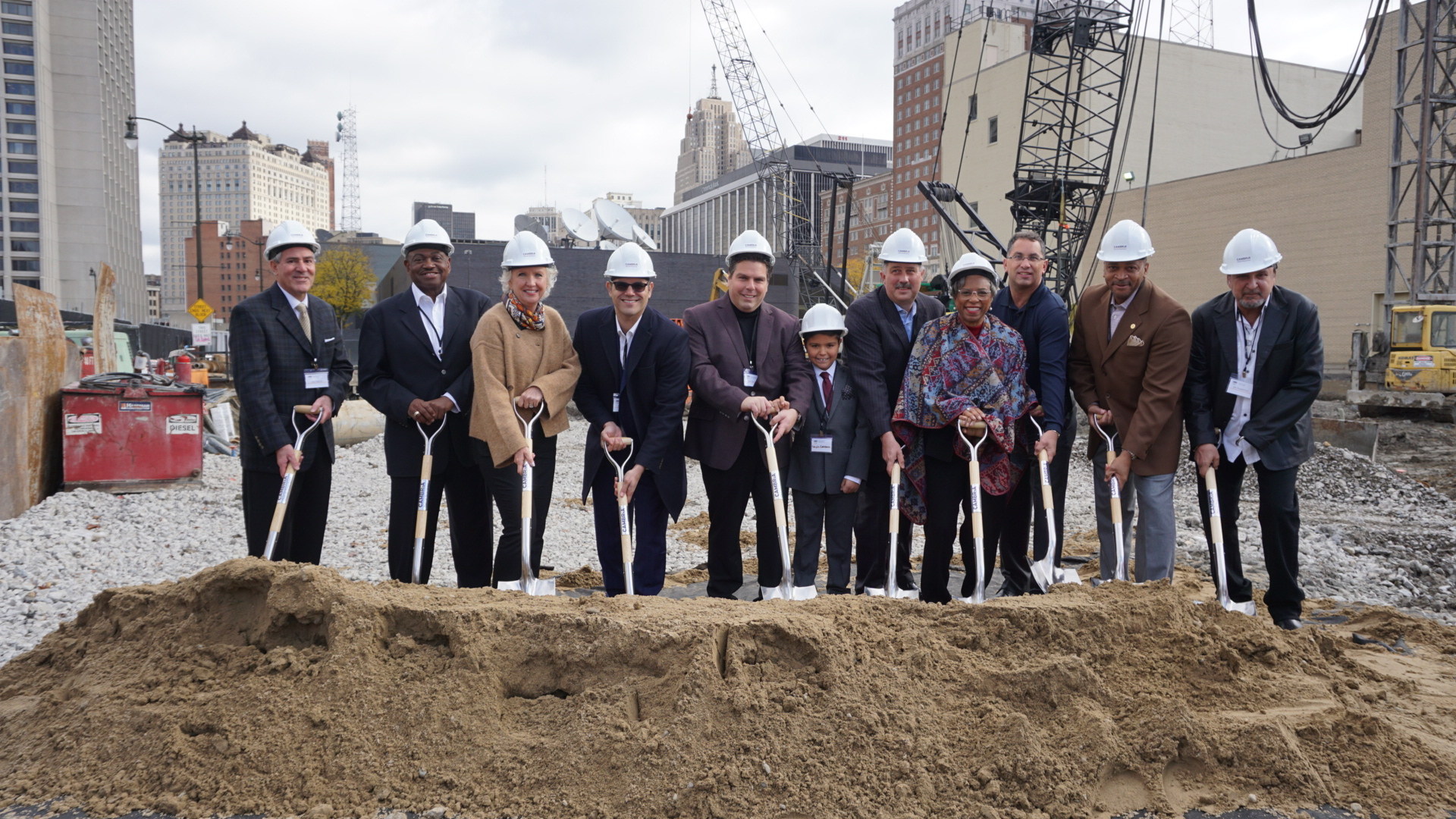 “We are thrilled to see this project further Detroit’s inspiring economic growth and we are proud to be a player in the ongoing development of this vibrant and historic community,” Cannon said. “The hotel’s desirable location in the city’s booming downtown central business district will appeal to an influx of business professionals and leisure travelers to the Motor City. We look forward to this location joining the award-winning Cambria Hotel Traverse City in providing Michigan travelers with locally inspired lodging options to meet all their travel needs.”

Located at 600 W. Lafayette Blvd., the Cambria Hotel Detroit Downtown will be a part of an adaptive reuse of the historic former home of WWJ studios, situated in a lively neighborhood that has played a vital role in the city’s ongoing revitalization. The site is a short drive from various national corporate headquarters, including Ford, General Motors, Chrysler and Quicken Loans, as well as Wayne State University, Henry Ford Hospital, Detroit Medical Center and TechTown — Detroit’s urban technology and research center. Several event venues are convenient to the hotel site, including the TCF Convention Center two blocks away, Little Caesars Arena, Comerica Park and Ford Field, as well as a number of museums, breweries and restaurants.

The Cambria Hotel Detroit Downtown will feature brand hallmarks tailored to the needs of modern travelers, including:

The Cambria Hotel Detroit Downtown is being developed through a joint venture between two Michigan-based companies: Means Group Inc. in Detroit and Koucar Management LLC in Troy. Koucar Management recently celebrated the start of construction on Cambria’s fifth location in the Washington, D.C., metro area last month. The group also has Cambria hotels under construction in Portland, Maine, and Shelby Township, Michigan.

There are currently 48 Cambria hotels open across the U.S. in popular cities, such as Chicago; Dallas; Los Angeles; Nashville, Tennessee; New York; New Orleans; Phoenix; and Washington, D.C. The brand is on pace for a record-breaking openings year in 2019 and is fast approaching 50 open Cambria hotels.

The Cambria® Hotels brand is designed for the modern traveler, offering guests a distinct experience with simple, guilt-free indulgences allowing them to treat themselves while on the road. Properties feature compelling design inspired by the location, spacious and comfortable rooms, flexible meeting space, and local, freshly prepared food and craft beer. Cambria Hotels is rapidly expanding in major U.S. cities, with hotels open in Chicago, New York City, Pittsburgh, Washington, D.C., and Los Angeles. There are more than 40 Cambria properties open and over 100 hotels open or in the pipeline in the U.S. To learn more, visit www.choicehotels.com/cambria.

Means Group Inc. is a Detroit-based creative land solutions company with more than 40 years of combined experience in various sectors of construction and facilities management. With a main focus on the adaptive reuse of buildings and over 1 million square feet of property development and management experience, Means Group has transformed existing buildings to create vibrant communities and experiences. The most recent example was their redevelopments of the Metropolitan Building and the Woodward Garden Development, which included the renovation of the historic Garden Theater. Other clients include the Kresge Foundation, Ford Motor Co., Wayne State University, Detroit Public Schools, and Marriott Hotels.

Koucar Management is a privately held, Michigan-based company with a diverse portfolio of holdings and investments. Our wide spectrum of business activities includes: general contracting, construction management, land development, residential, commercial and industrial construction, hotel, restaurant and property management, real estate services and equipment leasing. Koucar Management has an investment strategy that firmly focuses on expansion within existing industries, bringing new vitality to acquired businesses and laying the groundwork for new ventures.  With our recognized management strengths and ample financial resources, Koucar Management is providing growth capital and other resources to its portfolio of companies, with a collective pipeline in excess of $250 million. Our vision is clear; motivated, skilled partners & employees, significant financial strength and stability, a willingness to look beyond conventional performance measurements and an untiring commitment to our customers. Since our founding, we have viewed obstacles as opportunities, placed a premium on sweat equity and sought out affiliates and individuals who share our passion for excellence. Working together, we guarantee the best is yet to come. Visit www.koucar.com.