ChatGPT Is Scary Good, But Can It ‘Rewrite’ the Future as We Know It?

Home/ChatGPT Is Scary Good, But Can It ‘Rewrite’ the Future as We Know It?

ChatGPT Is Scary Good, But Can It ‘Rewrite’ the Future as We Know It?

“Do you think we’re going to be replaced?” My colleague’s question hung in the air between us as I considered my response. She was, after all, asking me something I’d asked myself. If we’re being honest, it’s precisely the question many of us have contemplated as news of emerging artificial intelligence (AI) innovations continue to splash across headlines and invade conversations on a weekly, if not almost daily, basis. “No,” I eventually answered. “But it will certainly change the game – or at least, change the way we play it.”

As a hospitality professional whose agency specializes in content development for technology brands and a part-time college professor, the evolution of AI feels like a double-edged sword. On the one hand, I am highly critical of those who are averse to adopting new tech in favor of legacy tools and processes. I know very well that the “we’ve always done it this way” mindset can be the trojan horse that ushers in the insidious decline of a hotel brand’s reputation, and so, I’ve always been in favor of digital evolution while believing wholeheartedly in the disruptive magic of innovation. Many of our clients are champions of precisely this sentiment, leading the way forward with innovative platforms and ways of thinking. Technological innovation is inevitable – and any attempts to stand in its path are ultimately futile.

On the other hand, will this shiny new, non-human entrant open the door to rampant plagiarism, cannibalize marketing, and disrupt other vital industries?  More specifically, is ChatGPT,  the chatbot tool launched by OpenAI in November 2022,  a tool that can aid and optimize the future, or could it completely write us humans out of the story?

When I first attempted to log on to ChatGPT, I received the following message: “ChatGPT is at capacity right now.” The AI chatbot club was already at capacity, and I was due to wait in line for a while before being awarded a glimpse inside. But when I was finally granted access, I found myself undeniably enamored with the tool’s potential, which can be used for various tasks, including language translation, summarization, research, and chatbot responses.

Simply stated, users like myself can log on and type in any search query, and ChatGPT will compose a context-appropriate answer using Artificial Intelligence. ChatGPT uses an NLP (natural language processing) machine learning model for engaging users in what feels like a natural conversation. More specifically, the program has been designed to understand user questions on various topics and provide detailed, human-esq responses to those questions using a combination of both Supervised Learning and Reinforcement Learning from Human Feedback (RLHF). Using a “multi-layer transformer network,” ChatGPT takes an input sentence, processes it using its internal knowledge, and then generates a response that is relevant to the input. Spoiler alert: ChatGPT will not know anything that a human hasn’t put on the Internet at some point in time.

I’ve already come to love using the platform for research in my classes. Unsurprisingly, I’m not alone. Following its launch, the popularity of ChatGPT took the internet by storm; CEO Sam Altman claims the software reached one million users within a week after its launch. This milestone means the AI chatbot has grown (significantly) quicker than the likes of Netflix, Instagram, and Twitter.

This overnight popularity of ChatGPT was so astounding that The New York Times reported that Google had issued a “code red” over it. Why? Because some people fear ChatGPT could make Google’s search engine obsolete, effectively replacing it as the go-to search engine.

But as far as making humans obsolete? Not so fast…

AI is Here to Stay, But it Still Has a Long Way to Go

You can certainly believe the hype – as one of the most advanced AI models we’ve seen thus far, ChatGPT is undoubtedly revolutionary. It deserves its time in the spotlight, and, more importantly, it represents a tipping point toward a future heavily influenced by AI and other emerging technologies.

From a research perspective, ChatGPT is an incredible tool for developing logic and attaining answers more efficiently. After all, when we type a question into Google, we subconsciously know that our attention is a coveted commodity bought and sold across the search engine. It is the prerogative of companies competing for search engine ranking to keep users on their websites longer, which means the answers to our questions are frequently buried amongst other information. This isn’t to say Google doesn’t provide great answers because, most of the time, it does. But Google is an advertising platform as much as it is a search engine, and the information it offers does not exclusively serve the user’s interests. ChatGPT, on the other hand, pulls data from thousands of different sources to give users precisely the information they are searching for, making it significantly more objective than a search engine like Google.

In its current form, though, ChatGPT is still more of a supplementary brainstorming tool than anything else. Its capabilities should be viewed as an asset to creative professionals by helping flush out the information that goes into social posts, blogs, and other content. As freelance creative director David Wakel shared on LinkedIn, “ChatGPT is a tool for developing logic, but it brings no style or humanity or a unique perspective.”

The powerful stylistic elements employed by writers and marketers, the unique insights they discern and skillfully weave into stories, still need to be made available for the AI platform. The influence of humanity also positions ChatGPT as a helpful research tool rather than an apt replacement for decidedly human creative teams. It will help steer the ship – but it’s nowhere near being capable of replacing the ship.

Ultimately, ChatGPT is still AI, and while it still has a lot to learn and – in time – may get better at things than most humans, I wholeheartedly believe that nothing will ever replace that “human connection” feeling. More importantly – if a tool exists that can improve the quality of our work or create more efficient workflows en route to the desired outcome, shouldn’t we be more than willing to embrace it? 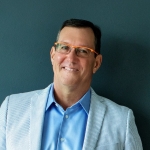 Alan E. Young is the Co-Founder and President of Puzzle Partner, the leading marketing agency focused exclusively on the complex B2B initiatives of technology innovators across industries including hospitality, travel, healthcare, life sciences, pharma, media, and entertainment. He is also the Tourism and Hospitality Program Professor at Georgian College. Previously, Alan has held executive-level positions with start-up companies such as Newtrade Technologies, (acquired by Expedia), Hotel Booking Solutions (acquired by IBS Software) and TrustYou. Alan is past Chair of The Board of Directors of The OpenTravel Alliance and been very involved with other industry associations most notably AHLA, HEDNA, and HTNG. With over two decades of experience in the travel and hospitality technology world, Alan specializes in helping innovative companies achieve winning performance and dramatic growth.

Sojern Expands Leadership Team With Strategic New Hires
What Customers Want and Expect While Traveling in 2023
Mountainside Retreat Getting a Timesaving ‘Lift’ With New Accounting Solution
Destination HITEC® 2023: Toronto
An Interview Between HFTP CEO Frank Wolfe and ChatGPT
ChatGPT and Artificial Intelligence (AI)
Labor Shortages and The Impact on Hotel Operating Costs
How Important Is AI to the Future of the Procurement in the Hospitality Industry?
Using Artificial Intelligence to Positively Impact Your Hotel
Is Hospitality Moving Towards Zero-Touch With Service Automation?
HVS Monday Musings: Hotel Industry Tapping the Metaverse
81 Percent of Hoteliers See a Lift in Revenue Once a First-Party Data Strategy Is Implemented
Connecting People, Places, Planet With the Future of Tourism
React Mobile to Showcase Its NEW Employee Safety Solution at OHLA Conference & Gala
The Service Robotics Industry Will Reach $216B in 2030, Transforming the Travel and Tourism industry, but human staff will not be replaced
GuestTek Announces Its Banking Relationship With Bank of Montreal
New Orleans Marriott Warehouse Arts District Selects Clear Sky Software for Managing Beverage Inventory
Cendyn to Power TIME Hotels’ CRM & Guest Loyalty Programs
U.S. Hospitality Gets More Hospitable With the Launch of allora.ai – the World’s First AI Booking Platform
Is TikTok the Best Kept Secret for Hospitality and Travel Marketing?