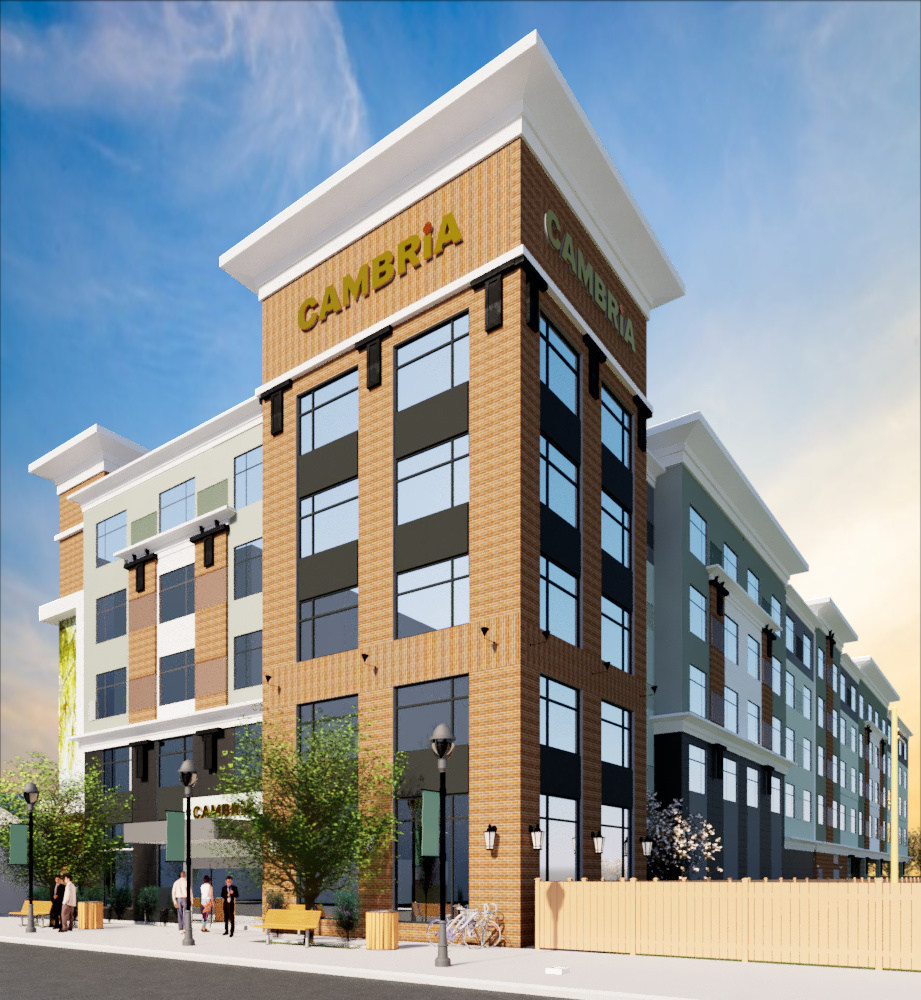 Located at 205 W. 9th St., the six-story, 149-room Cambria Kansas City – Downtown will be just a few blocks from the city’s Power and Light District. The hotel’s location will offer guests convenient access to many of the area’s most popular restaurants, shops and attractions, including the Sprint Center, the KC Convention Center and KC Live. The hotel will also be a short drive from the corporate headquarters of Cerner, DST Systems and Hallmark Cards. The nearby Riverfront Heritage Trail will give hotel guests an opportunity to stroll along the Missouri River.

These agreements continue to fuel the Cambria brand’s busy year, in which seven hotels have already opened their doors, with up to six more hotels representing almost 1,000 rooms expected to open in top-tier markets across the country before the year’s end.

“These new agreements are just the latest example of developer interest in the Cambria brand,” said Mark Shalala, vice president, franchise development, upscale brands, Choice Hotels. “Both Kansas City and downtown Indianapolis are enjoying significant economic growth, driven by a surge in investment and rise in annual visitors. Cambria, which is purpose-built to thrive in major markets serving the needs of today’s modern business traveler, will be a hit with business and leisure travelers in these great Midwestern cities.”

The Cambria hotels in Indianapolis and Kansas City will feature the following upscale amenities:

Both Lloyd Hospitality and MWA LLC bring a wide range of experience developing hospitality and construction projects in Kansas City and Indianapolis, respectively.

There are currently more than 45 Cambria hotels open across the U.S. in popular cities, such as Chicago; Dallas; Los Angeles; Nashville, Tennessee; New York; New Orleans; Phoenix; and Washington, D.C. The brand is on pace to break its openings record for the second-straight year and is fast approaching 50 open Cambria hotels, including soon-to-open properties in Anaheim and South Boston.

The Cambria® Hotels brand is designed for the modern traveler, offering guests a distinct experience with simple, guilt-free indulgences allowing them to treat themselves while on the road. Properties feature compelling design inspired by the location, spacious and comfortable rooms, flexible meeting space, and local, freshly prepared food and craft beer. Cambria Hotels is rapidly expanding in major U.S. cities, with hotels open in Chicago, New York City, Pittsburgh, Washington, D.C., and Los Angeles. There are more than 40 Cambria properties open across the United States, and over 100 hotels open or in the pipeline in the U.S. and Canada. To learn more, visit www.choicehotels.com/cambria.

Lloyd is a multifaceted real estate company specializing in development, real estate, construction, and property management. Working together or separately, its specialized business divisions bring valuable expertise and resources to every development project, construction venture or real estate investment. Located in Sioux Falls, South Dakota, since 1972, Lloyd offers uncompromising innovation, efficiency, and service while working to improve the quality of life in the communities in which its employees live, work, build and serve. For more information, visit www.lloydcompanies.com.

MWA LLC's partners have been key participants in hospitality, food and beverage development, design, and construction over the past 30 years. Projects have included Drury Plaza in Carmel, Indiana, The Alexander hotel, the JW Marriott®, SpringHill Suites® in downtown Indianapolis and many others. MWA LLC's current downtown Indianapolis portfolio in Stadium Village includes the six-story TownePlace Suites by Marriott and the seven-story Tru by Hilton, both complemented by a series of WoodSpring Suites® Hotels in suburban workforce markets. Rooted in its long history of excellent relationships and balanced with superior data, MWA LLC's development strategy relies heavily on identifying and leveraging opportunities in dense urban areas of the Midwest. For more information, visit www.midwestgc.com