Budgeting Season Is Here: Oy Vey! But It Doesn’t Have to Be

Home/Budgeting Season Is Here: Oy Vey! But It Doesn’t Have to Be

Budgeting Season Is Here: Oy Vey! But It Doesn’t Have to Be 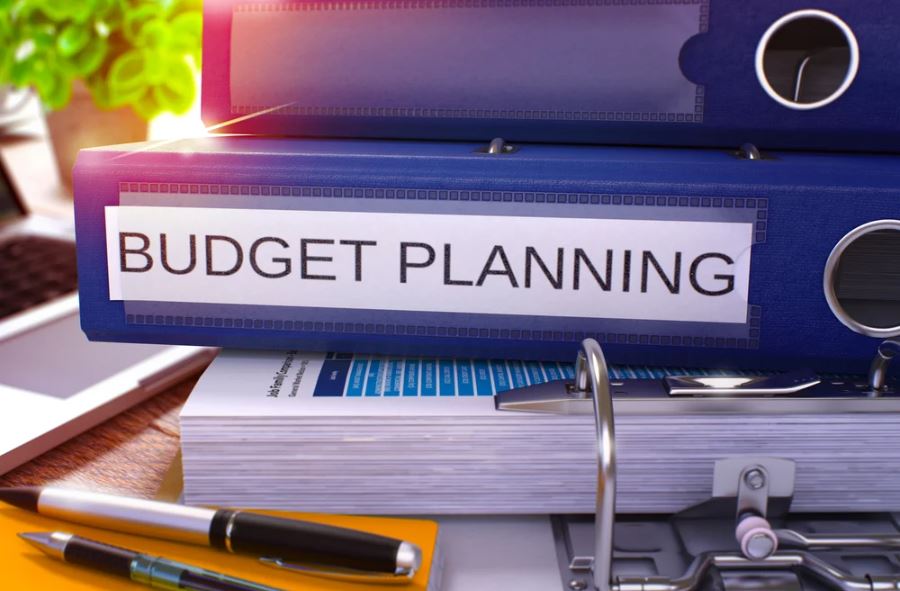 By now, most hoteliers are in the throes of budget season. Only this year’s version is unlike any before. COVID-19 has made it so.

Hearing from hoteliers and other industry stakeholders, this year’s budget planning is not only cumbersome, but many, including one owner I spoke to, told me they have no idea where to even start.

To borrow a line from hands down one of the greatest films of the 20th century, The Big Lebowski, “This is our concern, dude.” Luckily, for all of us, The Dude is not preparing budgets. Still, it may be anyone’s guess as to what 2021will bring as the virus shows no signs of ceasing, the potential of a second wave real, and the delivery of a vaccine likely still some time away.

Historically, budgets are built on year-over-year comps, but history, as one asset manager recently told me, is out the window. Basically, you are starting from scratch with only month-over-month comparisons acting as any sort of north star. And with many hotels still in triage, pivoting to budgets has been the least of their worries.

New Paradigm
Everyone talks about—or tries to predict—what the new normal for the hotel industry is and how that will impact the manner in which hotels are operated. Will the operating structure need to be reimagined? This will have a huge influence on how budgets are evaluated and coordinated. Questions to consider:

1. How will customer segmentation be affected?
Little in life is certain, but not even the most optimistic among us would argue that the remainder of 2020 and into 2021 won’t look different as it pertains to customer composition. It turns out, the data already illustrates it.

According to HotStats, U.S. occupancy for the month of August was 23.7%, a 57.3-percentage-point drop year-over-year. Of the total composition of occupancy, 78.6% came from transient room sales, a 12.6-percentage-point uptick over the same time a year ago. The data is evidence that the dearth of occupancy is undergirded by the leisure traveler and, in particular, in resort and non-gateway-city markets. 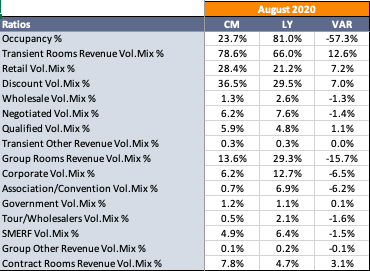 What to do? Under normal circumstances, consulting your property management system to review when bookings and revenue were at their peak and nadir would be the move. Understanding these patterns typically aids in determining how to plan a budget. The pandemic, however, has thrown a wrench into that strategy. A reliance on monthly data is a better way to plan for 2021. More specifically, hoteliers can essentially ignore any data prior to March, when the coronavirus began to put travel on ice. The good news is that there is almost a full year of data to use as a barometer when making budgetary decisions.

2. How do I price to booking trends?
Customer segmentation, as noted, has been flipped on its head. In pre-COVID times, hotels had a solid understanding of their booking trends, in particular into the types of travelers they were accommodating on a day-to-day, week-to-week and month-to-month basis. By having that understanding, they were able to price accordingly. The pandemic has wrecked that perspicacity, best captured by poet Robert Burns when he wrote about the best-laid schemes of mice and men going awry.

The prevailing sentiment is that group and conference business has far to go before it comes back to pre-COVID levels. This quote, from the interim general manager of the Sheraton Hotel Newfoundland and the Delta Hotel St. John’s, sums it up: “We’re both conference and corporate hotels, and all the conferences have been wiped out for the remainder of the year.”

One asset manager pondered the return of groups, when that would be, and if it was cost effective to host them, especially in union hotels. “Is it worth it?” she asked.

An owner/operator I spoke to, with a portfolio of more than 60 select-service and limited-service hotels, was convinced that 2021 would likely be fruitless. “We are expecting that three to six months of 2021 will be as bad as it is now.” He even alluded to the robust 85% occupancies on weekends as a red herring, since by the weekdays they’d be lucky to sell 15 rooms.

3. How can I manufacture profit?
Generating profit is the ideal amalgam of revenue and expense. Achieving that perfect balance, however, is made easier when the broader economy is cooperating and the entire world is not under the spell of an invisible affliction. And that’s we are. But there are at least steps that can be taken to try and capture what you can.

In an effort to shore up profit, some hoteliers have gotten cunning with how they control both fixed and variable costs. Labor, which accounts for more than 50% of all hotel expenses, is a heavy focus. In the area of housekeeping, one hotelier I spoke to took to paying housekeepers not by the hour, but by the number of rooms cleaned, in an attempt to better control costs in a depressed occupancy environment. He added that expenses are not dropping nearly at the same rate as revenue, making it harder to turn a profit. Items such as cleaning supplies, personal protective equipment and water are escalating due to new cleanliness protocols enacted by the brands and adopted by franchisees.

Another thing to be cognizant of is your break-even occupancy, which you can learn more about here. In short, it’s what level of occupancy a hotelier can run to be profit neutral. It changes depending on asset class, but according to HotStats data, the break-even occupancy for the total U.S. to achieve a zero gain or loss in profit is around 37%.

Consider comprehensive benchmarking. If you haven’t tried it before, now is an ideal time to begin to measure your own hotel’s performance against other similar assets. It’s simple: What gets measured, gets managed. That goes for revenue and expense. In order to get a full grasp of a hotel’s P&L, hoteliers need to identify where they outperform and where they underperform across myriad key performance indicators.

KPIs and ratios to consider:

A Budget to Remember
This will, indeed, be a budget plan to remember for most. In fact, it seems like anything we do from here out is unprecedented. Of course, without strong visibility, you may have to have a plan A, a plan B, maybe even a plan C based on business volume that is unknown and fluid. As one hotel consultant recently told me, a quarter seriously, a quarter jokingly and a quarter incredulously: “The better part of valor is to take 2019 actuals and cut it in half. Use that as the baseline for 2021 budget.”

That’s one way, but there is also another.

Looking at your operation as a whole to make decisions just won’t cut it. You have to examine each department, each line item and try and make informed predictions off each.

As one asset manager told me, it’s going to be a homegrown strategy from the ground up based on best guess of likely scenarios with new costs that we didn’t plan for before spiking, others, perhaps, dropping. “You’re almost starting with a blank slate.”

Luckily, there is a way of budgeting to deal with this instability: zero-based budgeting. It’s defined as a method of budgeting in which all expenses must be justified for each new period. The process starts from a zero base and every function within an organization is analyzed for its needs and costs. Budgets are then built around what is needed for the upcoming period, regardless of whether each budget is higher or lower than the previous one.

Sounds like the perfect budgeting method for these batty times, right?

Hey, if it was easy, everyone would do it!