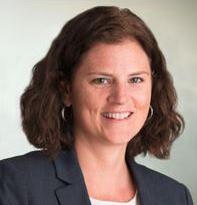 "We are pleased to announce that Briony Quinn has been promoted to Senior Vice President and Treasurer," stated Mark W. Brugger, President and Chief Executive Officer of DiamondRock Hospitality. "I am confident that she will excel in her new role. Briony has been an integral part of the growth of DiamondRock for over a decade and brings a wealth of knowledge about the Company and the portfolio to her new role. Over the past few years, she has played an expanding role in capital markets transactions and balance sheet management."

Ms. Quinn joined DiamondRock in 2007 as Assistant Corporate Controller and was promoted to Vice President and Corporate Controller in 2008 and to Chief Accounting Officer in 2014. Prior to DiamondRock, Ms. Quinn was the Vice President of Finance and Accounting for Meristar Hospitality Corporation, a publicly-traded lodging real estate investment trust. Ms. Quinn is a former certified public accountant and has previously held roles at a number of audit and consulting firms, including Arthur Andersen and Beers & Cutler.

DiamondRock Hospitality Company is a self-advised real estate investment trust (REIT) that is an owner of a leading portfolio of geographically diversified hotels concentrated in top gateway markets and destination resort locations. The Company, as of the date herein, owns 30 premium quality hotels with over 9,900 rooms. The Company has strategically positioned its hotels to be operated both under leading global brands such as Hilton, Marriott, and Westin and boutique hotels in the lifestyle segment. For further information on the Company and its portfolio, please visit DiamondRock Hospitality Company's website at www.drhc.com.