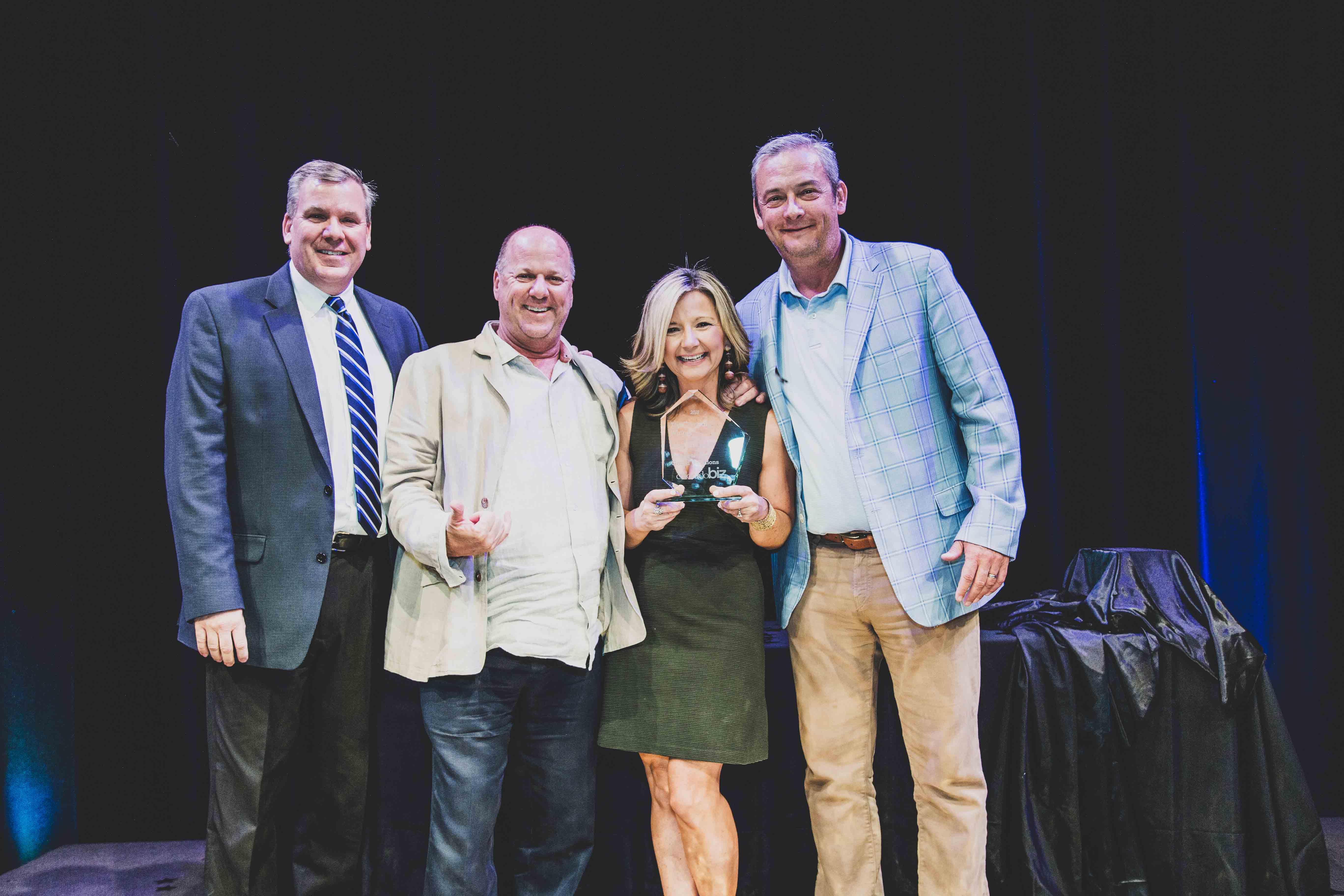 BRECKENRIDGE, COLO. (Sept. 27, 2018) – Breckenridge Grand Vacations (BGV) has received ColoradoBiz Magazine’s award for #1 Top Company in the Travel and Hospitality category. In its 31st year, the recognition is given to the very best statewide companies, in 14 industries.

Businesses submit their nominations throughout the year, and a poll of companies including Deloitte, Moye White, Versatility and Colorado State Bank and Trust select three finalists for each category. The winner is then chosen by a judging panel, formed by ColoradoBiz editorial staff and business leaders, based on outstanding achievement, financial performance and community involvement.

“We owe it all to our amazing staff who are so committed to creating Grand vacations every day, to every owner and guest – and to each other,” says BGV’s CEO, Mike Dudick, “This award is a true testament to the fact that we really are the best in sales because we are the best in service.”

A leader in the fractional ownership industry, Breckenridge Grand Vacations is one of the most successful independent developers in the industry, and the company’s culture is centered on the commitment to providing service with a family feel to owners and guests.

“I feel part of the BGV family,” says Hollis Politte, who purchased at the Grand Lodge on Peak 7 in 2010 and recently upgraded her ownership week to the Grand Colorado on Peak 8, “It’s just nice to see that the company has grown over time, but the same level of personal touch is still there.”

That same family feeling of a small company is fostered among its 600 employees. As a result, Dudick believes, BGV was voted #1 among large-sized companies in Colorado in the 2018 Denver Post’s Top Workplaces awards – and was one of the key reasons for the most recent ColoradoBiz award. The Top Workplaces award was based solely on feedback received from an employee survey.

Breckenridge Grand Vacations is the parent company of the award-winning Grand Lodge on Peak 7, Grand Timber Lodge, Gold Point Resort and the Grand Colorado on Peak 8. In addition, BGV plays an active role in the community, supporting philanthropic events and organizations, and encouraging its employees to also give back to the place we all call home. In 2016, the Breckenridge company created BGV Gives to further extend BGV’s philanthropic reach and impact in the community.

The 2018, ColoradoBiz Top Company award winners were announced during a gala event in Denver on August 29. Other finalists in the Travel and Hospitality category were Footers Catering and event-management company RMC (Resorts|Mountains|Cities).

Created in 1984, Breckenridge Grand Vacations (BGV) was built by brothers Mike and Rob Millisor and friend Mike Dudick upon the belief that the success of their company would be determined by the positive impact it had on their owners and guests, employees and the community. The developers of the company also embraced the concept that BGV would be the best in sales if they were first and foremost the best in customer service. The company has embraced the Net Promoter methodology company-wide and consistently beats industry averages with its high scores. BGV now creates Grand Vacations for over 25,000 owners and employs over 600 staff members (as one of the largest employers in Breckenridge and a leader in the fractional ownership industry worldwide).