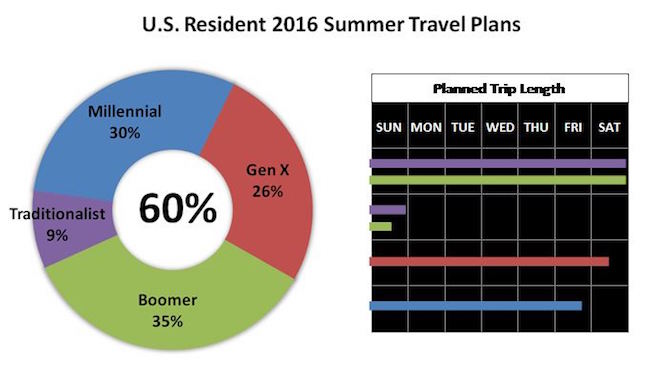 McLean, VA, June 01, 2016 – Three out of five U.S. residents plan to take at least one leisure trip this summer and 35% of those will be Boomers, states Cheryl Schutz, Vice President of Client Intelligence at DKSA. “Although Millennials and GenX will account for over half of summer travel, they are planning shorter trips than Boomers or Traditionalists, thus will likely spend less per trip.” Although Boomers and Traditionalists will take the longest vacations, each at over one week, this is still shorter than they planned in 2015.

D. K. Shifflet & Associates has been producing quarterly travel intention reports to help marketers anticipate and plan for fluctuations in travel demand and spending. Fall 2016 intentions will be available in August.

Results based on a representative sample of the U.S. population (n=8874) interviewed in April 2016 for summer travel intentions by D.K. Shifflet & Associates Ltd. DKSA is located in McLean, VA and has, for the last 28 years, provided the Industry’s most complete consumer based travel data on U.S. residents and their travel worldwide. 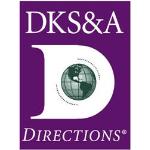 DKSA is a comprehensive study measuring the travel behavior of US residents. DKSA contacts an average of 50,000 distinct U.S. households monthly and has done so since 1991. DKSA is able to provide current behavior and long term trended analyses on a wide range of travel.

DKSA data are collected using an online methodology employing KnowledgePanel®, an address based sample panel offered by GfK.  The sample is drawn as a national probability sample and returns are balanced to ensure representation of the U.S. population according to the most recent U.S. Census.