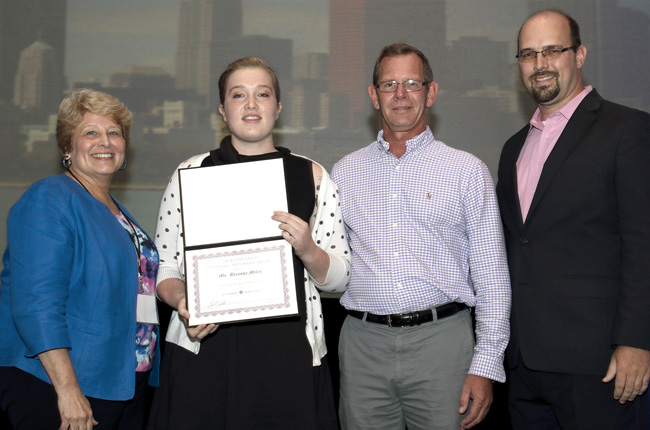 The Woodlands (Houston), Texas, September 2016 … Benchmark Hospitality International® has announced the recipient of the Bob Zappatelli Culinary Arts Scholarship. The winner is Brianna Miles, a student at the Waukesha County Technical College in Pewaukee, Wisconsin, where she is studying for her Associates Degree in Baking & Pastry Management. Ms. Miles is also an active member of the Army National Guard.

The scholarship, launched in 2009 in partnership with the James Beard Foundation in New York City, celebrates the life and legacy of Benchmark Hospitality’s first vice president food & beverage, the late Bob Zappatelli. The annual scholarship serves as a memorial to Mr. Zappatelli’s enthusiasm for the advancement of the culinary arts, and his championing of new culinary talent.

“We are delighted that Brianna has received this year’s Bob Zappatelli scholarship,” said Linda Cerra, general manager of The Council House and The Johnson Foundation at Wingspread, where Ms. Miles is employed. “I can think of no one more worthy or determined to succeed in the culinary arts. She is a tribute to Bob Zappatelli’s legacy.”

“I strive for excellence in all I pursue,” said Brianna Miles, “and am finally persuing my dream. Being in a kitchen is more than just cooking for me. It is experimenting and creating where the possibilities are endless. I find inner peace in the kitchen and in the creative process, and have found my unique stride and happiness through the culinary arts.”

The Bob Zappatelli Culinary Arts Scholarship Fund The Bob Zappatelli Culinary Arts Scholarship, established in 2009, is presented annually in partnership with The James Beard Foundation, the definitive culinary arts organization in the United States dedicated to showcasing American chefs' talents. The scholarship celebrates the passion for the food & beverage profession of the late Bob Zappatelli, Benchmark Hospitality International’s first vice president of food & beverage, and serves as a living memorial to his unforgettable enthusiasm in the advancement of the culinary arts. For many years, Bob Zappatelli worked closely with The James Beard Foundation, hosting the immensely popular Benchmark Holiday Dinner each December at the James Beard House in New York City. 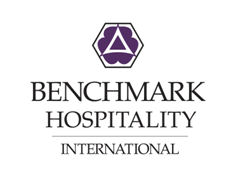 Benchmark Hospitality International® is a recognized global leader in the management and marketing of resorts, hotels and conference centers.  The company’s two distinctive portfolios of properties, Benchmark Resorts & Hotels®and Personal Luxury Resorts & Hotels®, represent the finest in guest-dedicated hospitality in unique destinations across the United States, in the Caribbean and Japan.  Benchmark Conference Centers® maintain the highest standards for certification in meeting excellence.  Benchmark Hospitality was launched in 1980 as an independent company and today operates worldwide from offices in The Woodlands (Houston), Texas, and regional offices in New Jersey, Washington State, Japan and Chile.  For additional company information visit www.benchmarkhospitality.com.  To become a fan on Facebook, visit www.facebook.com/BenchmarkResortsandHotels, or follow us on Twitter at www.twitter.com/BenchmarkHotels. 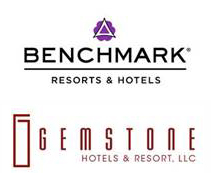 Benchmark Resorts & Hotels and Gemstone Hotels & Resorts represent the finest in preferred lodging, food and beverage, recreational, meeting and event accommodations throughout the United States and globally.  The recent merger of these two distinguished companies has created an extraordinary hotel collection with 58 unique and distinctive properties domestically and internationally, including 8000 guestrooms and 10,000 staff members passionately committed to delivering the industry’s most vibrant, experiential and memory-making portfolio.  Many properties are certified as delivering exceptional meeting experiences by IACC, the association that represents the best meeting venues in the world, and have also been recognized with the Benchmark Conference Centers® mark of meeting excellence.  The  company is based in The Woodlands (Houston), Texas, and has regional offices in  Park City, Utah; Miami, Florida; New Brunswick, New Jersey; Seattle Washington; and Tokyo, Japan.  www.benchmarkresortsandhotels.com  www.gemstoneresorts.com .