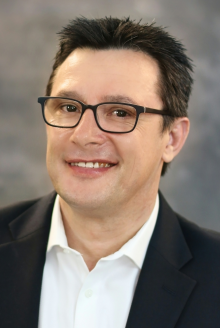 “It is with great pleasure that I announce Olivier’s appointment and welcome him to our growing F&B team,” said Mr. Berwald. “He brings an extraordinary depth of culinary knowledge and global experience to his new role, gained both in Europe and across the United States. Olivier has also led multiple award-winning, nationally recognized food and beverage teams and brings this leadership skill-set to his new position.”

A seasoned culinary professional, Olivier C. Gaupin comes to Benchmark with more than 30 years of exemplary experience. He was previously corporate chef for Loews Hotels & Co. In this role, Mr. Gaupin’s key responsibilities included leading the culinary direction of the brand’s hotels, oversight on menu development, executing new food and beverage programs and sustainability initiatives, as well as the sourcing of products and goods and developing new processes and standards for hiring and retaining culinary talent throughout the brand. He served as part of the opening team for the Loews Hotel in Atlanta, and the property’s restaurant was named the Best New Restaurant in Atlanta by bothEsquire and Atlanta magazines.

Mr. Gaupin has also served as director of food & beverage and chef for the Alys Resort, a master planned community in Alys Beach, Florida. Earlier in his career, he worked in Europe, including serving as a private chef at the Residence of the Minister of Defense in Paris, France, and as a private chef aboard a luxury yacht berthed in Antibes, France. Additionally, he was chef de partie of the Michelin-rated Hotel Negresco in Nice, France. In the U.S., Gaupin has led the kitchen for Provence Restaurant in Washington D.C., and the culinary operation for the Ritz Carlton Hotel Atlanta, and the Ritz Carlton Hotel St. Louis at the time the property’s restaurant was named a Top Dining Restaurant by Gourmet.

A graduate of France’s CFA Charles Peguy School, Mr. Gaupin developed a passion for fine food and wine at an early age and followed his family’s heritage of fine chefs to pursue a career in the culinary field. He is also a graduate of La Fortune Du Pot in Orléans, France, where he earned his Culinary Arts degree. Gaupin has been inducted into the Maîtres Cuisinier de France (Master Chef of France); one of only 84 in the US to carry the distinguished title. He resides in The Woodlands, Texas.

About BENCHMARK®, a global hospitality company 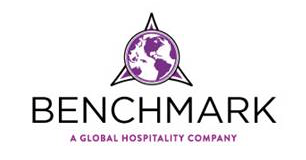 BENCHMARK®, a global hospitality company, is a leader in the development, management, and marketing of independent, soft branded, and experiential hard branded resorts, hotels, and conference centers.  In addition to the company’s award-winning full service Benchmark Resorts & Hotels, its lifestyle and luxury Gemstone Collection, and its industry-leading Benchmark Conference Center division, etc.venues is a leading provider of contemporary city centre venues for meetings, signature events, and conferences. BENCHMARK’s combined portfolio features more than 80 unique projects across three continents. The company is passionately committed to delivering personal, inspiring, and memory-making experiences, driving total revenue and profitability, and cultivating an award winning, “Be The Difference” culture for all its employees.  BENCHMARK, is based in The Woodlands (Houston), Texas, with offices in London, England; Miami, Florida; Park City, Utah; Scottsdale, Arizona; New Brunswick, New Jersey; Seattle, Washington; and Tokyo, Japan.  www.benchmarkglobalhospitality.com To become a fan on Facebook, visit www.facebook.com/BenchmarkResortsandHotels, www.facebook.com/GemstoneHotelCollection. Follow us on Twitter at www.twitter.com/BenchmarkHotels, www.twitter.com/GemstoneHotels, on Instagram at www.instagram.com/benchmarkresortsandhotels, www.instagram.com/gemstonehotels, and on Pinterest at www.pinterest.com/benchmarkhotels/gemstone-hotels. At LinkedIn, https://www.linkedin.com/company/benchmark-a-global-hospitality-company/