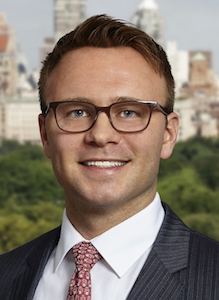 “It is such a pleasure to welcome Mitch to our company,” said Mr. Evans. “An exceptionally accomplished professional, Mitch comes to us with a broad background in hospitality and finance. He is the perfect professional to help expand Benchmark’s remarkable growth trajectory domestically and internationally.”

Mitch Garrett brings a decade and a half of experience in capital markets, hospitality, commercial and residential real estate to the leading independent hospitality company. He was previously vice president of acquisition and development for Trump Hotels, where he led expansion initiatives across the US and the Caribbean.

Earlier, Mr. Garrett served as vice president of development and project manager for VOS Hospitality. He has held investment banking roles for Citigroup’s Capital Markets and for Barclays Capital in New York City. Garrett has played a major role in the development and management of over 20 hotels and resorts with a combined valuation of $1 billion, and has underwritten and syndicated over $8 billion in real estate transactions, as well as $1 billion of other asset-backed security transactions.

Mitch Garrett earned his Bachelor’s degree in Economics from Rutgers University where he was a Rhodes Scholarship Candidate for the University of Oxford. While at Rutgers, Garrett was a point guard for Rutgers men’s basketball team and was a multi-year member of the Big East Academic All-Star Team. He has his office in Benchmark’s Florida regional offices and resides in Boca Raton. 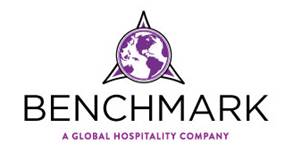 ?BENCHMARK®, a global hospitality company, is a leader in the development, management, and marketing of independent, soft branded, and experiential hard branded resorts, hotels, and conference centers.  In addition to the company’s award-winning full service Benchmark Resorts & Hotels, its lifestyle and luxury Gemstone Collection, and its industry-leading Benchmark Conference Center division, etc.venues is a leading provider of contemporary city centre venues for meetings, signature events, and conferences. BENCHMARK’s combined portfolio features more than 80 unique projects across three continents. The company is passionately committed to delivering personal, inspiring, and memory-making experiences, driving total revenue and profitability, and cultivating an award winning, “Be The Difference” culture for all its employees.  BENCHMARK, is based in The Woodlands (Houston), Texas, with offices in London, England; Miami, Florida; Park City, Utah; Scottsdale, Arizona; New Brunswick, New Jersey; Seattle, Washington; and Tokyo, Japan.www.benchmarkglobalhospitality.com To become a fan on Facebook, visit www.facebook.com/BenchmarkResortsandHotels, www.facebook.com/GemstoneHotelCollection. Follow us on Twitter at www.twitter.com/BenchmarkHotels, www.twitter.com/GemstoneHotels, on Instagram at www.instagram.com/benchmarkresortsandhotels, www.instagram.com/gemstonehotels, and on Pinterest at www.pinterest.com/benchmarkhotels/gemstone-hotels. At LinkedIn, https://www.linkedin.com/company/benchmark-a-global-hospitality-company/