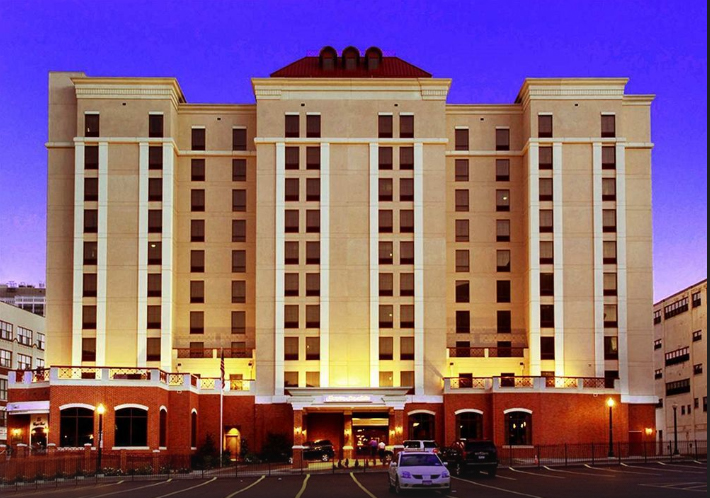 The property will undergo a multi-million dollar renovation during the next few months that will meet or exceed the architectural and design standards specified by Hilton Worldwide.

Opened in 2005, the 10-story Hampton includes 165 guest rooms; a business center; and 2,700 sq. ft. of meeting space. There is also restaurant space that is leased to a third-party operator who offers guests two signature cuisine options — “Yono’s” for fine dining with an Indonesian emphasis and “dp” for imaginative American bistro food.

Other unique hotel features are the Empire Floor, an all-female level with exclusive elevator key access, and the Relaxation Club, which offers a sauna, a steam room, and a massage chair.

The Hampton Inn Albany is Banyan’s second acquisition in 2015. Last year, the company added four properties — including three hotels in collaboration with Investra that totaled in excess of $30 million in acquisition and improvement costs.

“This is the fourth acquisition for Banyan and Investra during the past 12 months and we are actively working together on two additional deals that we expect to close by summer,” said Mobeen Jassat, principal with Investra.

“Investra intends to grow its portfolio of hotels during the next 12 months, so we continue to seek out select-service properties in markets with thriving demand generators that can be operated by a strong proven operator such as Banyan.”

According to Rakesh Chauhan, President and CEO of Banyan Investment Group, “This acquisition reinforces our commitment to create a truly nationwide presence for Banyan beyond the southeast where we have operated with great success for more than 40 years. The unique partnership approach we have developed with Investra and Loxi Hospitality enables us to gain incremental value from target properties, then achieve above-average returns.”

Demand generators for the Hampton Inn Albany include the state capital complex, as well as the city’s role as a hub for technology firms, corporate offices, medical facilities, and college campuses. There are also ambitious plans to revitalize downtown Albany, including a new 84,000 sq. ft. convention center and a Hard Rock Casino.

Atlanta-based Banyan Investment Group, which now has a portfolio of almost 25 properties, is under the direction of second-generation Asian American hoteliers.

Loxi Hospitality is an asset management, investment banking, and advisory practice based in Paris that focuses on the hotel sector.  It currently manages a portfolio of 10 hotels and has participated in more than $1 billion of hotel transactions worldwide with various advisory, brokerage, and financing services.