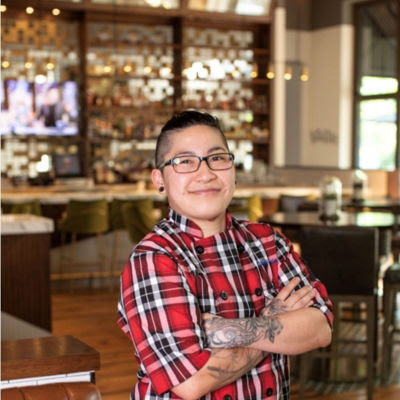 As an inventive chef who thrives on exploration of new dishes and libation pairings, Wai brings a wealth of experience in executive and sous chef positions to the hospitality hotspot. At Bellyard, she will spearhead the culinary program, execute menu creation, drive culinary outlet operations, build strong relationships with purveyors and foster a positive culture within her team.

“My vision is to position Drawbar as a colorful, innovative and trendy environment for guests and locals to savor the American-style cuisine and sip on the beautifully hand-crafted cocktails,” said Wai. “Drawbar will electrify diners’ tastebuds, leaving them longing to come back.”

With over a decade of experience, Wai most recently practiced her craft at the Rowdy Tiger Whiskey Bar & Kitchen at Renaissance Hotel Atlanta, where she led the restaurant’s rebrand, developed the culinary talent and created menus. In 2019, she was recognized as the hotel’s manager of the quarter.

Established in the food and beverage scene of Atlanta, Wai placed first for “best catering,” as well as best runner-up for “fan favorite” in the Atlanta Chef’s Expo.

Located in West Midtown at The Interlock and featuring 161 modern suites and guestrooms, Bellyard offers guests a lively atmosphere to stay, work, nourish, lounge and connect in Atlanta. Bellyard extends a distinctive experience infused with palpable individuality, offering travelers approximately 7,000 square feet of capacious indoor and outdoor event space, a 24-hour fitness center and a rooftop pool and bar. The hotel provides the ultimate culinary and mixology experience at its bar and lounge, Drawbar, with craft cocktails and premium American tavern-inspired bar bites. Bellyard is managed by Pivot, the lifestyle operating vertical of Davidson Hospitality Group, and owned by Three P Partners. For more information, please visit bellyardhotel.com or call 404.806.8333. Connect with Bellyard via bellyardhotel.com and Facebook.