I did not know Arne Sorenson well.

Met him at some private industry events – collaborated at a distance on Thought Leadership projects.

Like the rest of the industry, I mourned his death upon learning of it, though I was not shocked at the outcome or the timing: my mom was lost to late stage cancer a few years back, and one learns to read the signals, signs and pronouncements, even if from a distance. It spares few, and makes an ineluctable beeline toward its intended conclusion.

Apart from the obvious business impact –  the industry lost the head of its flagship and most influential company – Arne’s passing touched me more deeply than I would have expected.

Maybe it’s because of the life he lived.

His business accomplishments were undeniable. And his civic and charitable commitments were legend. He was a living embodiment of the adage that one can do well by doing good. He seemed, in short, to have not just a head for business, but a heart and a soul to match.

In our post-Trumpian era of civic dystopia, finding leaders with that rare combination of qualities seems to have become an antiquarian aspiration, even a utopian one.

Arne’s life proved that wrong. Those leaders do exist. A man of faith, he helped restore my faith – that capitalist enterprise and public decency can coexist, maybe even, in the best of circumstances, support and reinforce one another. The emergence of more like him is a civic prayer, and an urgent need.

Maybe I felt his loss so deeply because he was only 62 years old.

I’m not that far from that age myself, and it’s hard to make the intellectual transition from “so and so passed away,” to “he was my peer.”

Preoccupation with death among men of advancing age is a real thing. Whatever the reasons for it, it colors one’s thinking, ripens perspective, and shapes one’s actions.

Here too, Arne was a role model.

His illness seemed to hit its full force coincident with the emergence of COVID-19, whose impact on the hospitality industry has been debilitating to many, fatal to others.

It was not hard to tell from his last public appearances that Arne’s condition was deteriorating.

Yet his ability to weather both crises publicly with steadiness, focus and confidence was inspiring. To the end, he spoke as a leader, a concerned citizen, a man of responsibility who understood that hundreds of thousands took their cue from his words, his bearing. He delivered. He inspired. He led.

That can stand as a lesson to every man who is forced to confront his own mortality, in whatever station: A key to a meaningful end is to do what one has always done, but better – with an even broader view and bigger breadth of impact.

As I said, I never knew Arne deeply. I’m sure there were flaws, shortcomings, even vices to the man. There always are.

But the beauty and value of public personas lay in the image and guidance they provide to the rest of us. At this moment in the hotel industry, those are what count the most. And they count for a lot.

In that respect there seems to be some kind of cosmic symmetry between Arne’s passing and our emergence from COVID, as an industry and a country. With another springtime advancing, we’re reminded that ends are also beginnings, the dust of what passes fertilizes the soil of what is soon to come.

Arne’s end, like the passing of the hundreds of thousands who succumbed to Corona, must be seen as a necessary, if unbearably difficult to accept, reinforcement of the cycle of life.

It can also be seen as at once a fitting epitaph and a needed prolegomena to the hotel industry’s future.

With all the pain and setbacks of 2020, the seeds of the industry’s future are being planted – in the garages of innovative start ups, the moneyed coffers of private equity and public investors, the graduating classes of hospitality programs at universities across the country.

“With malice toward none, with charity toward all . . .”, as the Prophet wrote.

We honor Arne’s legacy with gratitude and push on. 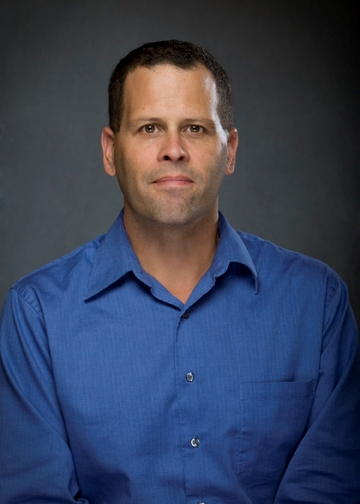 Michael Frenkel is President of MFC PR and Travel Conversations, LLC. Contact him at [email protected].