Are Hotels Coveting only Half of the Millennial Market? Part One

Home/Are Hotels Coveting only Half of the Millennial Market? Part One

Are Hotels Coveting only Half of the Millennial Market? Part One 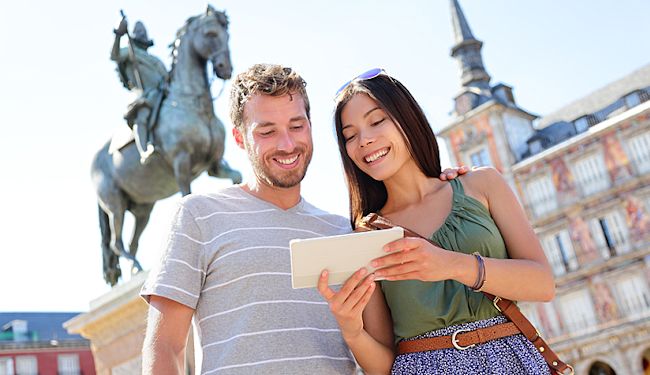 Like so many of you, I am smitten with reports on how hotels – – heavily coveting the critical millennial market – – are battling competitors such as Airbnb, HomeAway, and other short-term home-sharing lodging industry providers, for share of market in this new sharing economy age.

Millennials currently spend more than $200 billion annually on travel; and they plan to increase frequency and spending

Inspired by destinations and authentic experiences

Nearly half are making less money than their parents did

One in three still living with parents

These millennials – – more than 75 million aged 18-34, born between 1982 and 2004 – – are projected to be the now and future leisure and business traveler guests for whom hotels have been gearing up.

Marriott and Hilton have lost some lower-end customers to Airbnb and other home-sharing services, while most luxury and business guests have so far kept booking.

With millennials in mind, Marriott has made core changes in both their Element and Aloft brands. Hilton, Wyndham, and Choice among others are following suit as well.

Hoteliers are becoming aware that the best ways to compete against the alternative-accommodations providers is through personalization, local expertise, location, and technology.

That market is vast: millennials currently spend more than $200 billion annually on travel, FutureCast, “Millennial Brief on Travel and Lodging”.

Questioning how deep is the size of the millennial market

That’s why I was somewhat startled to read a survey conducted by researchers at both Stanford and Harvard (released on line December 8th) that begs the question, will all those millennials be able to afford such travel and become hotel guests?

That survey concluded nearly half of today’s 30-year-olds are making less money than their parents did.

Since 2010, the percentage of millennials moving back in with their parents has increased from 24 percent to 26 percent. Millennials are less likely to be living independently of their families and establishing their own households than they were during the recession, Pew Research Center.

According to the U.S. Census Bureau, 22.9 million 18-34-year-olds in America live with their parents. That’s one in three! Way more than at anytime since the 1940s.

A look inside the numbers

There has been so much written about these millennials, most interesting of all for me, however, was how millennials crave real experiences, adventure – – plus ways to do good and have fun at work. And that craving, as I understand it, is a leading factor in why so many millennials seek out shared housing alternatives over standard hotels. Here’s what we know:

The U.S. economy has contributed to this situation. It hasn’t been expanding as fast as it once was. The U.S. GDP was only 2.6 percent in 2015 as opposed to 7.4 percent in 1984; annual growth has not reached 5 percent since then.

All this begs the questions:

Are the Millennials who have been or will be patronizing our hotels only those millennials who are primarily living on both the east and west coasts – – with dot.com jobs? Those who command much higher incomes? Are they “privileged” millennials? Did they graduate from better, top schools? Did they receive inheritance from their parents? Are parents supporting them financially? What’s your take?

Well, whatever the answers are, one thing is for sure: what, if anything, are hotels doing about it?

Part II addresses what hotels can do and are doing to compete for traveling millennials with Airbnb and other alternative-lodging providers. 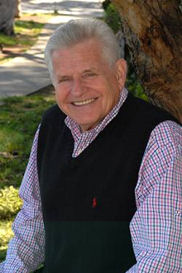 Brudney is a nationally recognized hospitality industry spokesman who has been interviewed on Fox News and quoted on/in ABC News, the New York Times, Dow Jones/Market Watch, and the Los Angeles Times.  He is a featured columnist for Smith Travel Research’s Hotel News Now.

Prior to launching David Brudney & Associates in 1979, Brudney had a long and distinguished career in hotel sales and marketing with Hyatt Hotels Corporation, Westin Hotels & Resorts, and Marriott International, Inc. In addition to serving as National Sales Manager of Westin’s Century Plaza Hotel, Brudney directed the sales and marketing efforts of the Westin Michigan Avenue Chicago and the Grand Hyatt San Francisco.

Brudney is a founding member and now serves as chairman emeritus of the International Society of Hospitality Consultants’ Marketing Committee (www.ishc.com) and a charter member of Laguna Strategic Advisors (www.lagunastrategicadvisors.com).  He received a B.A. degree from San Francisco State University and currently sits on the university’s Broadcast and Electronic Communication Arts Advisory Board.

Hoteliers Can Regain Industry Control
Quick Wins for Conversions This Holiday Season
Is TikTok the Best Kept Secret for Hospitality and Travel Marketing?
Lodging Interactive Launches Google Business Profile Content Marketing and Optimization Services for Hotels
What Google “Helpful Content Update” Mean for Your Hotel Revenue Management Strategy?
Where Did All the Cookies Go?
How to Build the Ultimate Distribution Technology Strategy for a Casino Resort
Experiential Hotel Packages Set to Bloom in the Post-Pandemic
TikTok vs Reels: Everything Hotel Marketers Need to Know
3 Ways to Appeal to a New Generation of Buyers
Five Easy Tips to Drive Revenue With Local Staycationers
Rethinking Your Post-Pandemic Branding
Independent Hotels Have the Key Ingredients to Steal Share From Branded Hotels
Hotel Marketing – What Separates Winners From Losers?
5 Steps to Building a Successful Hotel Marketing Plan in 2021
“Generation Clean” Is a Driving Force Along the Evolving Traveler Journey
More Hotel Mogel: Essays in Hotel Marketing & Management
Top 5 Things You Need to Know Now in Hotel Digital Marketing: September Edition
Are Hotels Finally Ready to Embrace Attribute-Based Selling?
Autumn Offers Worth Driving For