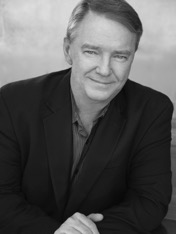 (CHICAGO, IL; January 17, 2019) – Rebel Hospitality is pleased to announce the election of Principal Anthony Klok to 2019 Board Chairman of Best Western Hotels & Resorts. Klok, who previously served as Vice Chairman of the Board of Directors, enters his new position with a wealth of knowledge and understanding of the hotel industry. In addition to several award-winning boutique properties throughout Chicago, he and his partners at Rebel Hospitality also manage a Best Western Plus property in the city’s vibrant Lakeview East neighborhood.

“Mr. Klok has deep experience in many segments of the industry,” said Best Western Hotels & Resorts President and CEO David Kong. “He is known for being innovative and strategic. His background and progressive approach will be invaluable to Best Western as it continues its amazing journey of enhancing brand image and driving superior value to its hotels.”

A University of Illinois Champaign graduate, Klok began his career in hospitality as Co-Founder and Principal of the successful Rebel Hospitality, which boasts development of 15 independent boutique and branded hotels, restaurants and entertainment venues in Chicago and Memphis.

Throughout his career, Klok has had far-reaching involvement in a number of hospitality associations, including the Illinois Hotel & Lodging Association, the DePaul University School of Hospitality Advisory Board and the Lakeview East Chamber of Commerce. Klok’s deep industry knowledge led to his election to Best Western’s Board of Directors in 2013 to represent the interests of Best Western hotel owners in eight states and provinces in the Midwestern United States and Canada, from Ontario to Kentucky.

“Being elected to serve as Chairman of the Board of Directors for Best Western Hotels & Resorts is truly an honor,” said Klok. “I have personally seen Best Western grow and evolve significantly in recent years, and I’m excited to play an even bigger role in building the brand and fostering growth for each and every hotel owner, while also improving our guest experience through innovation.”

Klok’s impressive track record of delivering exceptional results is set to continue in 2019 as he will play a crucial role in driving yet another noteworthy year for Best Western Hotels & Resorts.

Rebel Hospitality owns and manages several independent lifestyle hotels, including dana hotel and spa, ACME Hotel Company and Hawthorne Terrace – all in Chicago, IL. Founded by Principals Gene Kornota and Anthony Klok, Rebel Hospitality began as NDC in 1988 when the duo had a vision of introducing a small neighborhood inn in the heart of Chicago’s thriving Lincoln Park neighborhood.  In the years since, they have made a mark in both branded hotel and boutique independent spaces. Rebel Hospitality conceptualizes and develops modern lifestyle experiences, with a focus on distinguishing each hotel brand and outlet.  The company tagline  – Hotels. Unchained. – further punctuates Rebel Hospitality’s position  in the marketplace as a lifestyle hotel leader.