An Omnipresent GM Who Picks Up Trash

An Omnipresent GM Who Picks Up Trash

Having been in the profession of hotel training for over three decades, with an average of six clients a month, one can imagine I have stayed in a lot of lodging facilities across all segments. I am often asked “What is your favorite hotel ever?”  To me, picking out a favorite hotel is like being asked to pick a favorite child; we love them all, right? (Well, most of the time, anyway!) But I must admit, I do have a very short list of a select few that truly stand out.

One of those at the top of my list is the Nizuc Resort Cancun. It is memorable for several reasons. First, I am always mesmerized by the architecture. Whoever designed this resort made it fit perfectly in its tropical surroundings. There are many open spaces in the walls framing colorful ocean sunsets, fire bowls illuminating the dark starry nights, and framing fresh florals such as orchids and birds-of-paradise. The buildings themselves are understated, blending into the surroundings, and drawing one’s attention to the palm trees and live oaks.  And the food, ah, such culinary delights.

Yet what truly makes Nizuc stand out for me is the authentic, heartfelt hospitality, that each staff member consistently delivers. I’ve been a guest there at least 7 times and I have yet to experience any gaps in hospitality.

Every staff member you encounter will establish eye contact, smile graciously, and place their right hand over their heart in a welcoming gesture, and I mean every staff member, every time. Of course, the front desk, the concierge, the wait staff, the bartenders, make this gesture, but also the housekeepers, maintenance, and even the landscapers and beach attendants.  And it always seems authentic and never staged, fake or hollow. 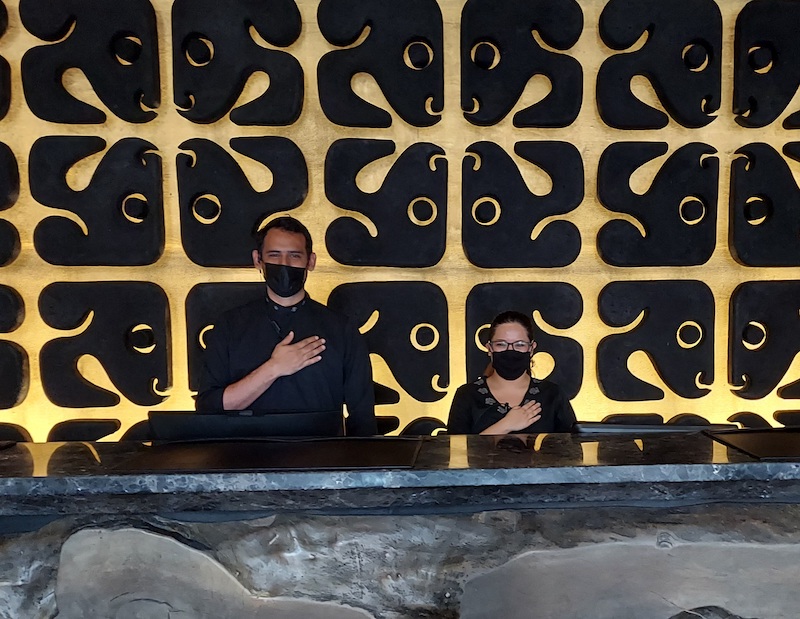 As with any great hotel, this culture of hospitality excellence starts at the very top with their General Manager, in this case, Jaime Jaramillo.

I have always been impressed with Mr. Jaramillo. One of the first things I noticed about him is that he is omnipresent. I’ve seen him just about everywhere in his resort over the years, other than the one place I rarely see him, which is in his office! I noticed this because my training workshops are usually held in the staff conference room near the Executive Office and, while his door is always open, when I peek in, his chair is usually empty.

During my most recent visit I was inspired to share my observations in this article, as I saw Jaime doing a few things I have not seen many GMs do lately.

This visit I arrived in the early afternoon, which was my typical time to arrive from Miami, but as soon as I got out of the Nizuc car I noticed that the lobby was absolutely slammed with arriving guests. I had never quite seen it this busy, especially at this hour. As I found out later, it seems that the airlines had recently changed arrival times so that a lot of flights were now landing around the same time. Of course, Jaime knew this, and so where do you think he was that day? Yes, right there in the lobby watching over all the action.

As I was dressed casually and wearing a mask, I don’t think Jaime recognized me observing. I noticed right away he was greeting guests who were waiting, chatting them up and welcoming them while his bell staff scurried about with their luggage. I saw him get the attention of the distracted parents of two quite active little kids, who had obviously been on a plane way too long, just as they were about to escape around a corner and run down a hallway possible scaring their parents to death.

At Nizuc they always welcome you with a cool washcloth and a sweet tropical beverage, and there is usually plenty of staff to collect the empty glasses, but on this day it was Jaime picking them up.

But what truly impressed me the most was to see Jaime Jaramillo picking up the trash. Not that there was a lot of it, and not that anyone other than a hotelier like me with eyes for such details would have noticed. But yes, there he was, picking up bits of paper and food wrappers that had fallen out of pockets as guests reached for their documents.

That is something I don’t see many GMs do these days. It reminded me of the early days of my hotel career when I started out as a bellman working for the Marriott family at what was their newest hotel, around the 125th open at that time. Back in those days, it was made clear to every one of us that housekeeping was everyone’s job. I often saw our managers, including our GM, picking up trash whenever it was encountered.  Back then, the rumor was that even Mr. Bill Marriott would pick up the trash, although I personally never saw him do that because when he made a pre-announced visit to our hotel, the floors were so squeaky clean in advance you could practically eat off of them.

I know there are still plenty of GMs – both young and older – who sustain this “old-school” habit as a fundamental principle, but I have to say that as I make the rounds these days, too many don’t. On more than one occasion I have seen GMs and top leaders walk right by trash, fallen leaves, patches of sand, and even wet spots on floors without doing anything about it. I’ve seen others simply flag down a housekeeper, and my sense is that they feel they are above such “menial” labor.

So kudos to you Mr. Jaime Jaramillo, and to GMs of all age groups who still practice what we used to call “MBWA” (managing by walking around). Hats off to those who know your staff members by name; who make it a point to know what groups are in-house; who anticipate the periods of heavy arrivals on any given day; and those who watch over their lobbies and public areas like a caring parent watching a large group of children on a crowded playground. 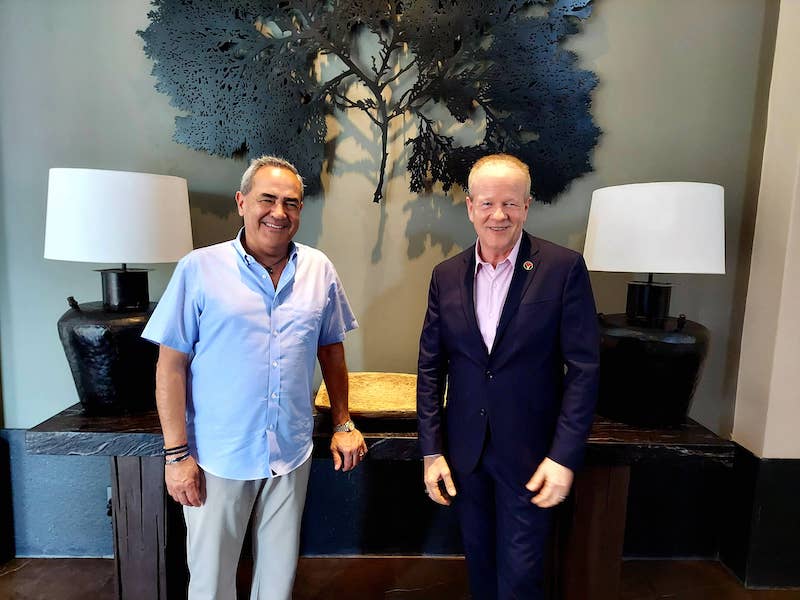 We need more GMs like Jaime who manage from the frontlines and not from a smartphone and data dashboard.