BOCA RATON, Fla., Dec. 23, 2019 — The alternative accommodation business is a significant hotel industry disruptor and is becoming increasingly institutionalized characterized by sophisticated revenue management, multi-unit management companies, and talks of IPO’s.  According to MaryJo Finocchiaro, Executive Vice President and Chief Financial Officer for BRE Hotels & Resorts, “The alternative accommodation trend is expected to continue to grow but facing headwinds with the threat of expanding regulation on the horizon.”

MaryJo noted that the data regarding home-sharing growth is evident. “Demand for alternative accommodation is up 35 percent year over year, while U.S. hotel demand is up only two percent.”  She continued, “While home-sharing was initially launched to focus on the budget conscious consumer with modest annual income, the paradigm has changed dramatically.  According to Skift, 50 percent of affluent consumers have stayed at a short-term vacation rental.  What’s more, preference for a traditional hotel room drops from 78 percent to 44 percent once an individual has enjoyed an alternative accommodation, linking a positive home-sharing experience to repeat loyalty business.”

Airbnb, Vrbo, and HomeAway are the principal competitors in the industry but MaryJo noted that Airbnb is the dominant frontrunner.  “Airbnb leads the alternative accommodation industry.  They are planning to launch their initial public offering in 2020 and Airbnb and has also recently signed a sponsorship deal reportedly worth $500 million with the International Olympic Committee which is a huge shot in the arm,” Finocchiaro said. “Most of their efforts have historically been focused in the U.S. where they amassed most of their supply but now with a sponsorship by the IOC, an expanding foothold internationally is a logical element to Airbnb’s strategy.”  She continued, “Airbnb enjoys vast brand recognition, despite being considerably younger than its competitors.”

Airbnb and Vrbo comprise approximately 90 percent of U.S. alternative accommodation supply.  According to MaryJo, supply is significant and highly concentrated with 69 percent of listings situated in the South Atlantic, Pacific and Mountain regions. Conversely, 50 percent of traditional hotel supply is in those same areas.

Despite industry growth, regulation is a major headwind for Airbnb and other home-sharing companies alike.  Municipalities, under rising pressure from local constituencies and hotel companies, have recently passed strict regulations on alternative accommodation.

In 2019, legislation was enacted in Los Angeles, Hawaii, and New Orleans to name a few.  Los Angeles requires hosts to restrict rentals to 120 days, must register with the city, and may only rent out their primary residence where they spend at least six months per year.  Hawaii restricts advertising of unpermitted rentals with severe fines.  Hawaii also limits short-term rentals with an owner living on-site.  Rentals in resort areas, including some sections within Waikiki and Ko Olina, are exempt from the new law.  In New Orleans, there is a ban on short-term rentals of whole homes in residential areas, hosts may rent out part of the residence they occupy to short-term visitors, and short-term rentals of any kind are banned in most of the French Quarter.

Time will tell whether legislation will be strictly enforced and expanded elsewhere but with Airbnb’s increasing visibility they will likely fuel the debate about how to effectively regulate the industry.  “Airbnb will define the industry in 2020 and one thing is certain.  Alternative accommodation is no fad – it’s the Uber to the hospitality industry and it’s here to stay,” Finocchiaro said. 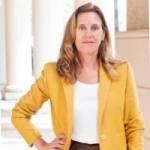 MaryJo Finocchiaro has over 30 years of experience in real estate specializing in hospitality. She has served in executive and financial management positions at national and internationally recognized companies.

Alternative Accommodations Present an Opportunity for Institutional Capital and Traditional Brands to Join the Sector
Taking Back Market Share From Short-Term Rentals
People Around the World Are Booking Airbnbs in Ukraine to Help People in Need. Will It Work?
Unintended Consequences: How Chicago’s Airbnb Policies Are Backfiring
Student Mentoring by Airbnb Hospitality Guru for Top Hospitality Disruptive Idea
Will More Hotels Get Into the Home-Sharing Business?
Understanding the Post-Covid Advantages of Sharing Economy Accommodations
The 7 Ps Marketing Mix of Home-Sharing Services: Insights From Over One Million Airbnb Reviews
Airbnb’s Adaptable Business Model and Cost-Cutting Measures Have Revived Hopes of a 2020 IPO, Says GlobalData
Covid-19 and The Hotel Resort Buffet: The Last Supper*?
Will Home-Sharing and Luxury Hotels Recover Sooner Than Other Lodging Products?
Coronavirus May Kill the Airbnb Super Host
NextPax Named Vrbo® Elite Software Partner, Recognized For Delivering Next-Generation Connectivity to Optimize Performance
Make 2020 the Year Disruption Works for Your Hotel
Pop-Up Hotels, Autonomous Vehicle Sightseeing and Other Trends to Watch in 2020 and Beyond
Understanding the Future of Alternate Accommodations
The Hotel and Resort Macroeconomic Outlook for 2020 and 2021 / MaryJo Finocchiaro
Circular Economy in the Tourism Sector
Americans Strongly Support Reforming Federal Law to Rein in Illegal Short-Term Rentals
Winning the Battle for Guests: Remaining Competitive in the Age of Airbnb