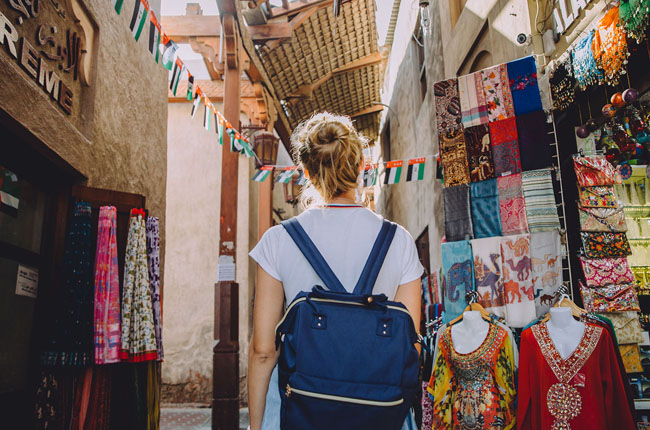 Bloomberg recently released the latest edition of its index which ranks locations around the world – taking into consideration some 120 cities – according to rates charged by Airbnb. Among its main findings were that although Miami and Boston took the top two places for the second year running regarding Airbnb pricing, Middle East destinations are now some of the most expensive in the world, with locations such as Tel Aviv, Dubai, Jerusalem, Riyadh and Kuwait City among the top 15.

But how reliable are the data?

According to EHL assistant marketing professor Elisa Chan, there is a challenge in understanding how Airbnb sets its prices.

“From my understanding, Airbnb lets its owners freely set their prices but the website does offer a ‘smart pricing’ tool to facilitate dynamic pricing according to demand within the Airbnb supply environment. The owners though are at liberty to set prices as they wish.” 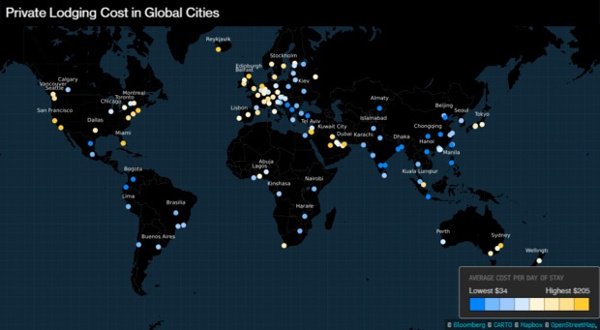 Chan continues: “The thing that I find most interesting is the discrepancy of ADRs (average daily rates) reported by Airbnb versus the Bloomberg index.”

According to the Bloomberg article, Airbnb ADR figures for Tel Aviv ($87) and Jerusalem ($82) are far lower than Bloomberg’s figures at $188 and $173 per night respectively. The article points out that Airbnb uses a different methodology to that of Bloomberg, as it includes the rates of units actually booked rather than advertised rates on the Airbnb site.

The article cites industry analysts who suggest that Airbnb pricing in cities such as Dubai and Tel Aviv may be largely due to high hotel rates and the high cost of housing, with short-term rentals being pushed higher by owners wanting a premium over what they could earn renting out their properties for a year.

“For hotels, there are well established benchmarks and strategies to set prices that should more closely reflect willingness to pay by guests,” Chan says. “But for P2P (peer-to-peer) accommodation, individual owners may be relying on a much wider range of factors when setting prices.”

She agrees that, for the most part, pricing is probably tied to housing costs and the market rate for long-term rentals, which “may not be the best indicator for willingness to pay by transient guests.”

“But for consumers, how prices are set may not matter much. You may have people who are adamant about staying at hotels and those who want to live like a local. But in between, there are people who would look at the two as viable accommodation options, not just limited to price comparisons but other factors that come into play in making that decision.”

“In my opinion, focusing on this group of people and on a single city like Paris, may yield more valuable insights as to how the two markets are influencing one and other.”

Dr Elisa Chan is an Assistant Professor of Marketing at EHL, teaching courses on the bachelor's, master's and advanced certificate programs. Prior to joining EHL, Elisa was Project Officer at the Center for Hospitality and Real Estate Research at the Chinese University of Hong Kong where she oversaw research projects with various companies in the hospitality industry.

She was also involved in the Center’s executive training programs for various international hotel brands in collaboration with Universities in China and the United States. While she was pursuing her Ph.D. at Cornell University, Elisa was involved in a number of projects with industry partners on a variety of topics including employee wellness, hospitality data management and data mining, and mobile applications adoption in hotels.

6 Key Learnings From an Unprecedented Year in Hospitality
An Introduction to Service Design
What Is a POS System?
2021 Top Hospitality Industry Trends
Technology at the Service of the Customer
Drinks Trends: 7 Festive Beverages to Discover From Around the World
11 Examples of CSR Practices in the Hospitality Industry
Mind the Generation Gap! Generational Differences in Hospitality
Why There Is Hope Amid the Despair for the Hospitality Industry
How Has the Hotel Development Scene Evolved?
The Relationship Between the Stringency of COVID Lockdown Measures and GDP
Hotel Industry Performance: EHL’s Pulse-Taker Reveals 5 Pain Points
EHL Launches European Hotel Transaction Price Index
The Future of Innovation in Hospitality: Current Best Practices, Key Success Factors and Main Challenges
To Pay or Not to Pay: When Dividend Policy Rhymes With Business Strategy
Chain Affiliation Is on the Rise but Which Hotels Will Rebrand?
Beyond COVID-19: Leadership Skills Fit for the Future
IDeaS Announces Fabian Specht Future Revenue Innovator Scholarship With EHL
Will More Hotels Get Into the Home-Sharing Business?
How to Launch a Hospitality Business in an Economic Downturn