A True Story of an Authentic Hospitality Welcome

A True Story of an Authentic Hospitality Welcome

Recently while on the road conducting training for the Camelback Resort in the Pocono Mountains of Pennsylvania, I had the opportunity to experience a genuine, authentic welcome. Before that story, let me first share a few details about my expectations, as well as what happened before my arrival.

As a frequent business traveler, I typically enter a hotel around 6pm, suit jacket in hand, pulling along a roll-aboard bag and a small laptop case. As I approach the front desk, obviously arriving, at least 70% of the time I am greeted with the common phrase “Checking in?” At this point, I restrain the cynical side of my personality from saying, “Oh no, I’m not checking in. I just stopped by your lobby to check out the artwork.” Another 20% of the time I am greeted with some version of “Do YOU have a reservation?” (making me feel like I somehow don’t belong in such a place), and then “Last name? I need an ID and credit card.”  Rare is the occasion where I am warmly welcomed.

Now, with all due respect to those who do it right, when I check in around 11pm, my expectations are even lower. I know I’ll either be encountering the 3pm – 11:30pm shift staff who is tired, hungry, and ready to wrap and get out, or I’ll encounter the Night Auditor, who is just waking up and getting their first coffee.

Thus were my expectations when I arrived at The Camelback Resort around 11pm on a Sunday night.  Now, let me also share my state of mind.

I had just experienced one of the best days of my life, having earlier watched my daughter finally get to walk in the Commencement Ceremonies with her 2020 Class at Fordham University in the Bronx, NY, albeit a year after her “Zoom” graduation.

The ceremony was at 2pm and I figured we would need to stay to take some pics with her friends. It was her first day back on campus since she left for Spring Break in mid-March of 2020, expecting to return in a week, but instead finishing her Senior Year virtually.

When planning this trip, I figured that this would wrap up on campus by 4pm, I would drop her at her apartment in Queens, then take the 2-hour drive to Camel Back Resort where I was to begin delivering 5 straight days of back-to-back training workshops early Monday morning. My plan was to be on the road by 7pm at the very latest, as I wanted to arrive early enough to get settled in for this very important training engagement with a key new client company.

Well, the ceremony was wonderful, and we did take lots of pictures, which is an understatement. She wanted selfies with every combination of friends and family, shot from every angle, at every memorable stop as we walked through her picturesque campus.  I have to admit glancing at my watch and starting to worry about getting on the road soon, but after she said “Dad, I’m just not ready to leave yet,” I never looked at my watch again. Finally, it was nearly 8pm when we exited the campus.  After I dropped her back in Queens, I checked GPS: I would now arrive at 10:10pm, considerably later than planned.

I navigated the tired and beaten-down highways of New York City’s West Side and before long found myself exhaling as I was on my final stretch of I-80 West. The traffic tapered off, the skies grew dark, and the exits became few.

That’s when the “Check Tire Pressure” light came on! At first, I was going to chance it. “I surely know how to change a spare,” I thought. “Besides, it is probably only a bit low not flat.” But then I thought about all the potholes and road debris I driven through and remembered all I had was a phone flashlight. After deciding that I really didn’t want to end up as roadkill, I pulled off at the next exit, despite the further delay. There were no gas stations, and I was able to see that the tires were not flat, but one did look low. Finally, a few exit ramps later, after finding an open station with a working air pump, I discovered that all four tires on my rental car were extremely low on air.  “How could my rental car company do this to me?” I thought angrily, “How unfair!”

For the rest of the drive, I was angry, frustrated, and anxious. I still had to unpack, iron my shirt, shine my shoes, and try to get enough sleep to be ready for an early start to this important engagement.

And so it was as I entered the Camelback Resort lobby at 11pm, expecting a transactional check-in experience. 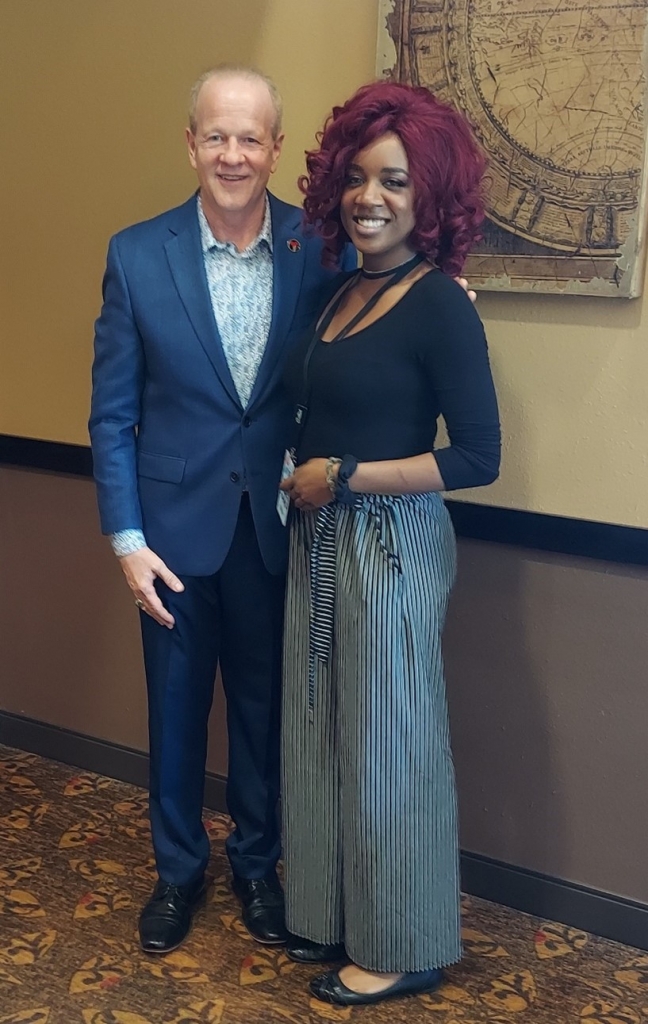 That is when I met Kala, who immediately became my personal superhero. Despite that it was the end of her shift, I noticed her warm, welcoming, smile, and I definitely noticed when she said, “Good evening, welcome!” Assuming I had a reservation rather than asking, she determined my last name and noticed the “Congratulations Fordham Class of 2020” facemask I was wearing, which lead her to say, “Well Mr. Kennedy, it looks like YOU had a big day!”

After taking a moment to let me gush about my amazing daughter, she then asked “So, how was the drive from New York?” She asked with sincerity and not as part of a script. As I shared my story, I could sense that Kala genuinely cared, and she was with me the who way.

When I mentioned the low air light, she proclaimed, “No, it didn’t!”  When I mentioned that the company had rented me a car with four low tires she said, “They did NOT do that to you!”  Because she was listening reflectively, I truly felt validated by the empathy she conveyed non-verbally.

This was not the first time that I’ve had a story of travel drama to share with a front desk staffer. When any guest is arriving so late there is usually a story to be told about mechanical delays, lost luggage, or bad weather. Yet rare is such a reaction as Kala’s.  Instead, I get a weak, disingenuous apology such as “I’m sorry that happened Mr. Kennedy. Here’s your key.”

Because of Kala’s heartfelt empathy, I felt relieved of my travel burdens, and having been validated, my anger subsided.

Now, this whole conversation took only minutes. Being a skilled multi-tasker, Kala read the arrival comments, noting that I was “bill all charges” and did not ask me for a credit card as so many others do in this circumstance. Noting I was there for a meeting, she not only told me where the meeting rooms were located but also proactively offered an important tip. “All of the meeting rooms are on the 4th floor, Mr. Kennedy, but be sure to press 4R in the elevator and go out the back doors.” Had she not offered this detail, I would probably have pressed “4” and walked all the way down a very long hallway.

Now, some readers may think these are small details. Yet it’s the smallest details that make the biggest differences.

The most important thing that Kala did is simple to say, but really hard to do – be truly present with your guests and not just use a scripted welcome statement.

Too many hotel leaders these days confuse “guest service” with “hospitality.” The former implies there are certain standards to uphold; scripted phrases necessary to meet brand or third-party rating requirements.

Yet the true heart of hospitality is human kindness, especially to strangers.

Although her cape must have been neatly tucked inside of her uniform jacket because I could not actually see it, on that night Kala was truly my superhero.

HR Training in the Time of COVID: Commit to a Meaningful Cultural Change
Sense of Arrival Back at the Forefront
Hotels Have a Labor Problem. Is This the Long-Term Solution?
Drive Growth With Personalized Experiences for the Post-Pandemic Traveler Using Human Movement Data
Lately, Hotels Seem to Be Falling Short on the People Parts
The Five Best Things to Say to an Angry or Upset Customer
This Is Why You Should Simplify F&B for 2022
Wellness Travel Association’s 2021 Wellness Travel Survey Reveals Future Booking Motivations
Best in Class Versus Best in Industry
Tourism Tidbits: Dealing With Natural Disasters: The Before and The After
Best in Class Versus Best in Industry
The Culture Challenge
What Should Recruiters Check on LinkedIn When Hiring Hospitality Graduates?
Does Your AV Partner Bring Broadcast Thinking, Digital Advances, and Immersive Innovations to Your Hotel’s Meetings and Events?
Virgin Hotels Turns to Virdee to Deploy Self Check-In
Would Customers Pay to Do Business with You?
How to Set Hotel Sales Team Goals and KPIs in a Time of Unpredictable Demand
You’re Terminated: Three Reasons Customers Will Stop Doing Business With You
The Future of Customer Experience Is Human, Meaningful & Transformative
Guest Satisfaction Declines Among Hotels Operated by Largest Third-Party Management Companies, J.D. Power Finds