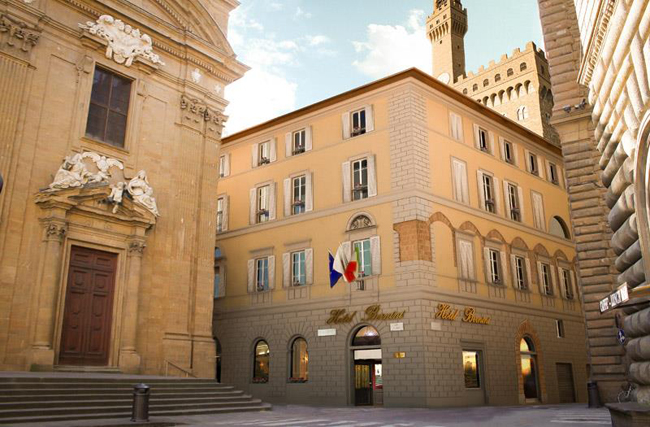 Historic Hotels of Worldwide is the official program of the National Trust for Historic Preservation (United States of America) for recognizing and celebrating the finest Historic Hotels around the globe. Historic Hotels Worldwide promotes heritage and cultural travel by featuring a prestigious collection of historic treasures, including historic hotels, castles, chateaus, palaces, academies, haciendas, villas, monasteries, and other historic lodging spanning more than 10 centuries across the globe.

Below is the complete list of Historic Hotels Worldwide hotels inducted in 2015:

From the United States, the following Historic Hotels Worldwide hotels have also been inducted in 2015:

“We are delighted to recognize and celebrate these historic hotels. Many were built for another use and subsequently have been preserved by converting to use as a hotel,: said Lawrence Horwitz, Executive Director, Historic Hotels of America and Historic Hotels Worldwide. “Each hotel has numerous fascinating stories and many unique and iconic architectural features to experience. Each historic hotel allows travelers to discover, explore, experience, and share the past in a very unique way. Congratulations to these hotels.”

Do you know of a hotel that embodies the essence of Historic Hotels Worldwide and would be a great addition to this iconic collection? Submit your nomination form here. For getaways around the world, travelers may search and book hotels by destination, experiences, and special offers on HistoricHotelsWorldwide.com.

Historic Hotels Worldwide™ is a prestigious collection of historic treasures, including historic

hotels, castles, chateaus, palaces, academies, haciendas, villas, monasteries, and other historic lodging spanning more than ten centuries. Historic Hotels Worldwide recognizes authentic cultural treasures that demonstrate historic preservation and their inspired architecture, cultural traditions, and authentic cuisine. Historic Hotels Worldwide is the official program of the National Trust for Historic Preservation (United States of America). HistoricHotelsWorldwide.com allows travelers to book their next getaway from more than 3,000 historic and cultural experiences, and view special offers at participating historic hotels from 30 countries. To be nominated and selected to be featured on this supplemental marketing program website, historical lodging properties must be at least 75 years old; utilize historic accommodations; serve as the former home or be located on the grounds of the former home of famous persons or significant location for an event in history; be located in or within walking distance to a historic district, historically significant landmark, place of historic event, or a historic city center; be recognized by a local preservation organization or national trust; and display historic memorabilia, artwork, photography, and other examples of its historic significance. To be selected in the United States for inclusion in Historic Hotels Worldwide, a hotel must meet the above criteria plus be a member of Historic Hotels of America.  For more information, please visit HistoricHotelsWorldwide.com.